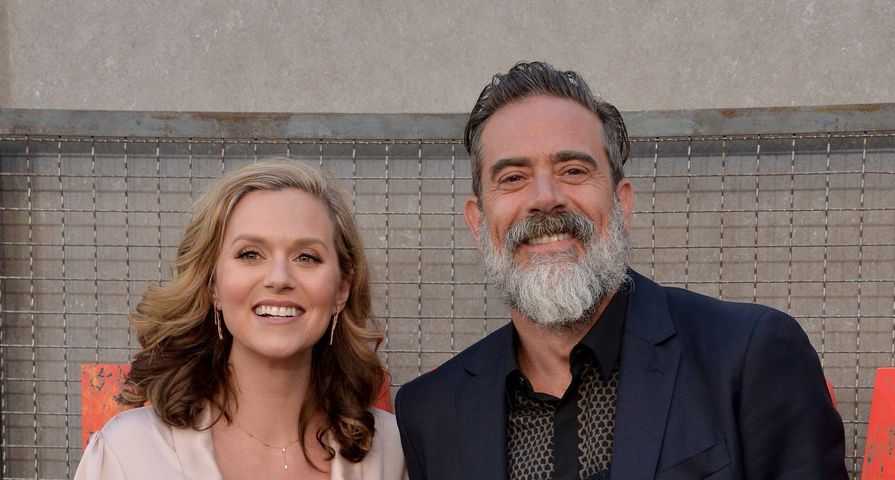 Jeffrey Dean Morgan was way more than just emotional support when he and Hilarie Burton have welcomed their two children.

The beloved actor opened up about helping to deliver his son Gus back in 2010 and daughter George Virginia this past February during Burton’s all-natural births. “My wife is full-on tough,” the 51-year-old said to Jimmy Kimmel during his recent appearance on Jimmy Kimmel Live! “No drugs … I was freaking out of my mind. She was great.”

He then explained that while the two had the help of a midwife, it was Morgan who actually delivered both children. “With Gus, when he was coming out, the midwife suddenly — and I wasn’t prepped for this — no one said, ‘You’re going to catch the baby.’ That’s kind of what happens,” Morgan recounted. “And so the midwife kind of moved aside and said, ‘Get on in there.’ And I kind of panicked. I didn’t know what to do.”

“I started seeing Gus’ head come out and I dropped the ball, essentially. He had a little bit of a cone head for a while. He got sort of stuck in no-man’s land,” Morgan joked, assuring “Gus’ head is perfectly round and wonderful” now.

Morgan then added that at least with the birth of their daughter he was more prepared, “George started coming and the midwife moved aside. And I just went in and grabbed her by her little cheeks and had her out in 3 seconds,” he said. As for those questioning why the couple named their daughter a traditionally boys’ name, the actor revealed it was all thanks to an episode of Bonanza called, “A Girl Named George.” “I loved the name and Hilarie loved the name. Gus is named after Augustus McCrae in Lonesome Dove. We got a weird western theme going on,” the actor joked, admitting the couple watches “a lot of old television.”

“It hadn’t been that long ago [when we watched the episode]. We had gone through every book and baby-name idea and nothing seemed to really click,” he explained. “I remember, it was summertime. We were just kind of dinking around. I don’t know who said it — her or I — and we both looked at each other and were like, ‘That’s it.’ ” He then added that while everyone has accepted the unusual name, his mother is still adjusting. “She’s never, ever said the baby’s name,” Morgan said. “We like George. And six weeks in, she’s fitting into it.”