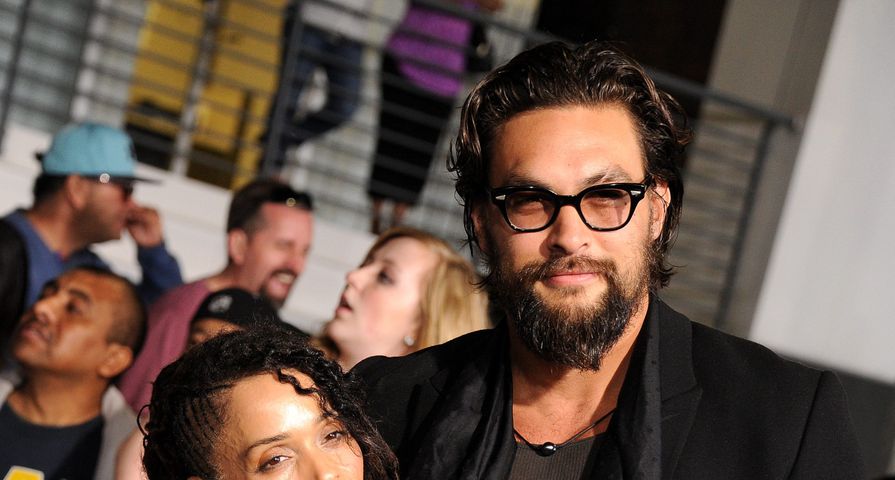 Jason Momoa has been a rising star in Hollywood for quite some time and after his Game of Thrones role, he is now one of Marvel’s biggest stars as Aquaman and there is more interest than ever the actor and in his life.

One of the most surprising things fans have learned about the handsome star is that for over 10 years he has been with former The Cosby Show actress Lisa Bonet, and while it was widely believed the two had married back in November 2007, they only made it official this past October.

During an appearance on The Late Late Show on Thursday, November 9 Momoa opened up about the marriage and when Corden brought up Lisa Bonet’s name the crowd cheered wildly causing Momoa to grin and say, “Stop it!”

He added that they “finally” tied the knot, just saying, “Finally, man” and showed off a wedding gift. “My friend Judicael made these skulls,” Momoa said, directing the camera to his Talisman necklace, “but it took about four years to carve this. It’s beautiful.”

Momoa also adorably talked about it being “love at first” when he saw Lisa Bonet, stating, “It was more than that man.” He added, “Ever since I was 8 years old and I saw her on TV, I was like, ‘Mommy, I want that one!’ I’m like, ‘I’m going to stalk you for the rest of my life and I’m going to get you.’ I am a full-fledged stalker. I didn’t tell her that until we had two babies [Lola, 10, and Nakoa-Wolf, 8]; otherwise, I’d be creepy and weird. I’ve always wanted to meet her. She was a queen.”

Despite their more than 10 year age difference, the pair fell instantly in love and have been together ever since, and he still remembers the first day he met her, “We just happened to be in the right place at the right time,” Momoa recalled. “I actually had dreaded my hair just for her. I had huge dreadlocks, she had dreadlocks, and I literally turned around and I see her and I’m just [in shock]. She’s like, ‘I’m Lisa.’ I turned around to my friend and I [screams]. I had f–king fireworks going off inside, man. I convinced her to take me home, because I was living in a hotel.” After a shared meal at Café 101, “We sat down, She ordered a Guinness—and that was it. We had Guinness and grits, and the rest is history.”