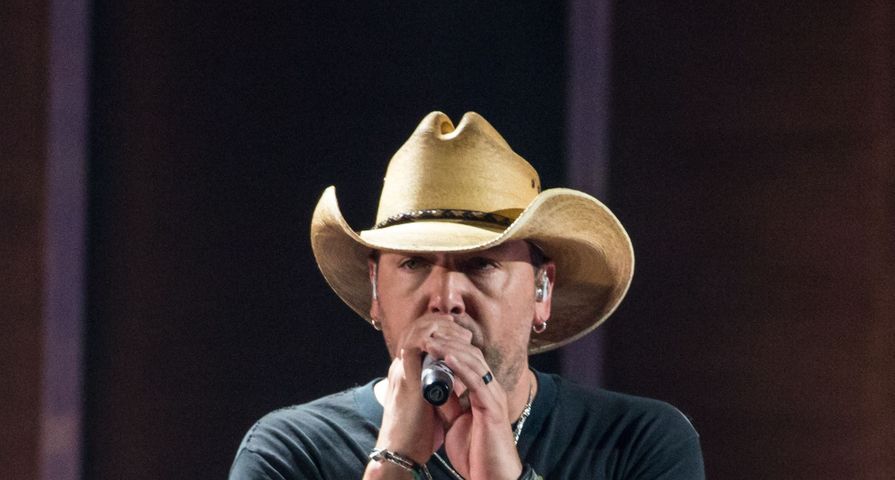 Jason Aldean played his first show since the devastating Las Vegas shooting on Thursday, October 12 in Tulsa, Oklahoma. The country star played three of his hit songs before he addressed the tragedy.

59 people were killed and more than 500 injured when Stephen Paddock opened fire on the Route 91 Harvest music festival on October 1. Paddock was later discovered dead on the 32nd floor of the Mandalay Bay Resort and Casino in Las Vegas which overlooked the concert.

Aldean, who was on stage at the time of the shooting, shared with his Tulsa fans, “These people are going to continue to try to hold us down. To those people that keep trying to do that, I say f—k you, we don’t really care,” Aldean said on Thursday night. “I want to play the show for you guys that the people in Las Vegas came to see and didn’t get a chance to.”

Aldean and his wife Brittany Kerr were fortunate and remained unharmed following the devastating shooting. The duo visited the victims who were injured at the University Medical Center of Southern Nevada and he also honored them with a surprise appeared on Saturday Night Live.

“This week we witnessed one of the worst tragedies in American history,” Aldean said on SNL at the time of his appearance. “So many people are hurting. You can be sure that we are going to walk through these tough times together every step of the way.”