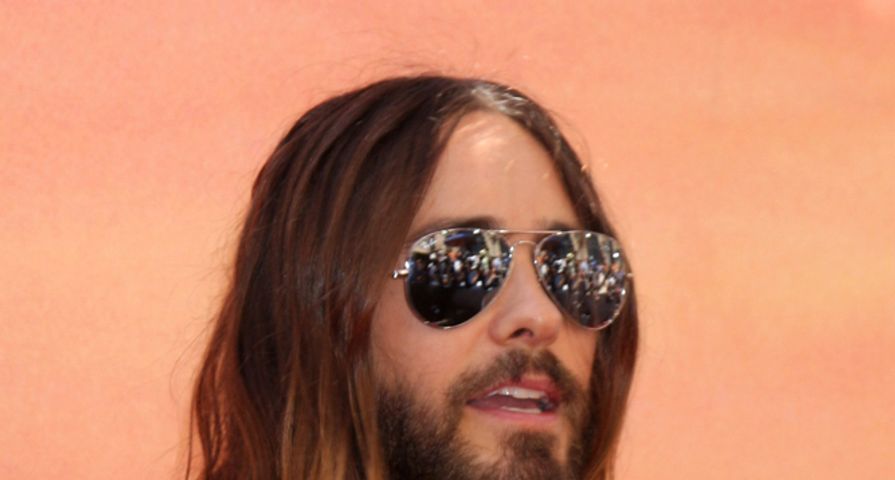 He said it on the Oscar red carpet, and he was serious: it was the last time we would see Jared Leto with his long hair… at least for awhile.

On Tuesday, Jared Leto shared a photo to his social media feeds: he’s sitting in the salon chair, hair in a pony tail, scissors prepared to strike at the rubber band.

Later in the day, there were images of Jared with hair more reminiscent of his cut from some 15 years ago, post-Jordan Catalano of My So-Called Life fame, and pre-Fight Club or Requiem For a Dream. Sure, the guy is still a dream boat, but the hair we’ve all been jealous of for the last few years is gone. Well, presumably it went to charity. That’s just the type of guy Jared is.

After years of being focused on making headway as the front man of “30 Seconds To Mars,” Jared is enjoying a renewed interest in the realm of storytelling as an actor. His Oscar win last year afforded him the ability to announce the Oscar-winner for Best Supporting Actress this year. All of that shoulder rubbing with the best in the biz seemed to reawaken something in his spirit.

Jared is set to play The Joker in the new Suicide Squad film, directed by David Ayer (End of Watch, Fury). If Ayer weren’t directing, I’d suggest this film would struggle to do little more than entertain. With Ayer at the helm, this adventure flick holds potential to dive below the surface, and create some of the most lovable villains of all-time.

See his new look in the video below: