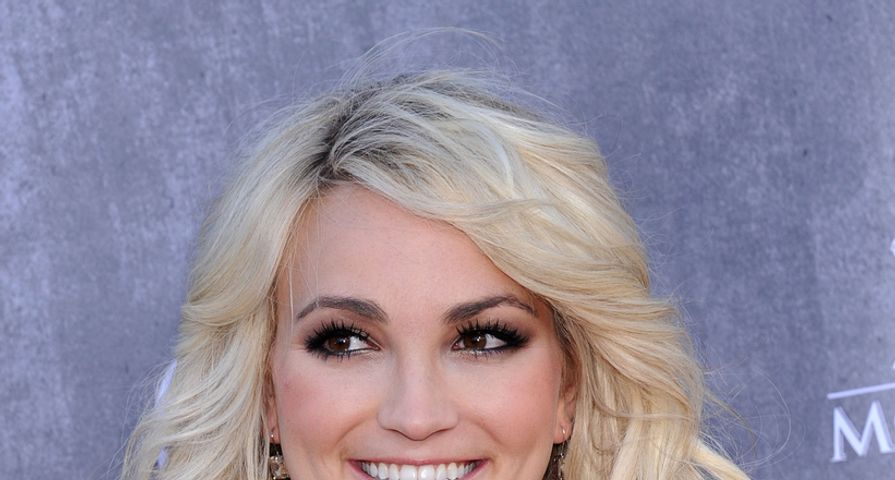 While Jamie Lynn Spears, 23, may not be the most intimidating celebrity you could think of, that doesn’t mean you should mess with her – and a new video of the tiny celebrity proves it.

Back in December, Britney Spears’ little sister was enjoying a meal at a Pita Pit in Hammond, Louisiana when a fight broke out and she stopped the whole thing by going behind the counter and pulling out a huge knife to threaten the brawling group.

TMZ released the security camera footage from the incident that shows Spears taking action when her female friend got involved in the fight with a bunch of guys.

Jamie Lynn is seen pulling her friend up and when the fight continues she calmly walks behind the counter and grabs a huge knife with a serrated blade and speaks with the employee who was on the phone, presumably with police.

While she didn’t directly brandish the knife at anyone she stayed behind the counter and waved the knife while yelling at the group who put their hands up as the fight settled and everyone exited the store.

Jamie Lynn Spears has been relatively out of the spotlight since she became pregnant at 16 years old while starring on the show Zoey 101.

In November 2013 Spears resurrected her career, this time as a country singer, with the release of her first single “How Could I Want More”. Her debut album, The Journey was released on May 27, 2014.