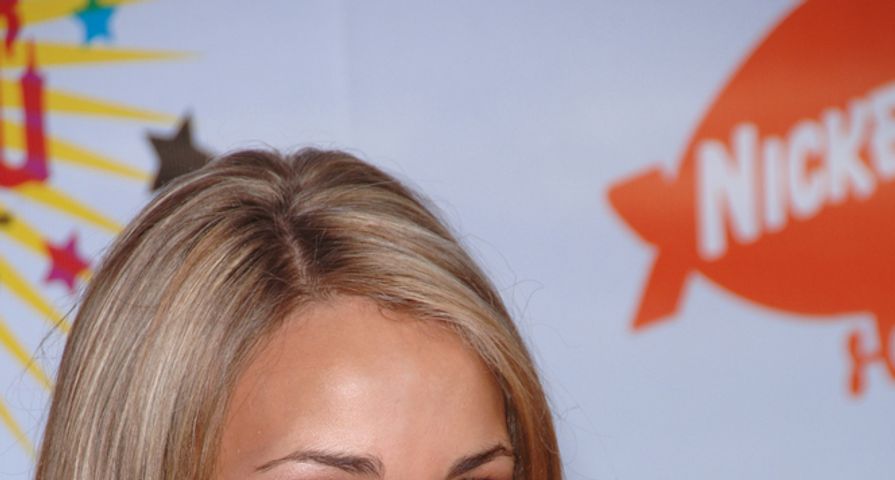 The 23 year-old actress-turned-country-singer (and younger sister of pop star Britney Spears) was glowing on the red carpet at the ACM Awards over the weekend, where she posed for photos with new husband Jamie Watson.

Wearing a black, white and orange printed mini dress and orange pumps, Jamie Lynn showed off her large engagement sparkler and new wedding band. She wore her blonde hair down in big waves along with light pink lipstick and dark eye makeup.

At her side, husband Jamie looked sharp in a tuxedo-inspired suit and brown belt (gotta add some country!). Take a look at the video to see the smiling couple!

Jamie Lynn’s only 23, but she’s already done a lot in her life. Once the star of Nickelodeon series Zoey 101, she took a break from showbiz to raise her daughter. Now she’s back in the spotlight — and launching her own country music career. Her single “How Could I Want More” was released back in November, the first song from her upcoming debut album.