Home » Trending News » ‘Into The Woods’ Will Please Fans, Bore Most Others

‘Into The Woods’ Will Please Fans, Bore Most Others 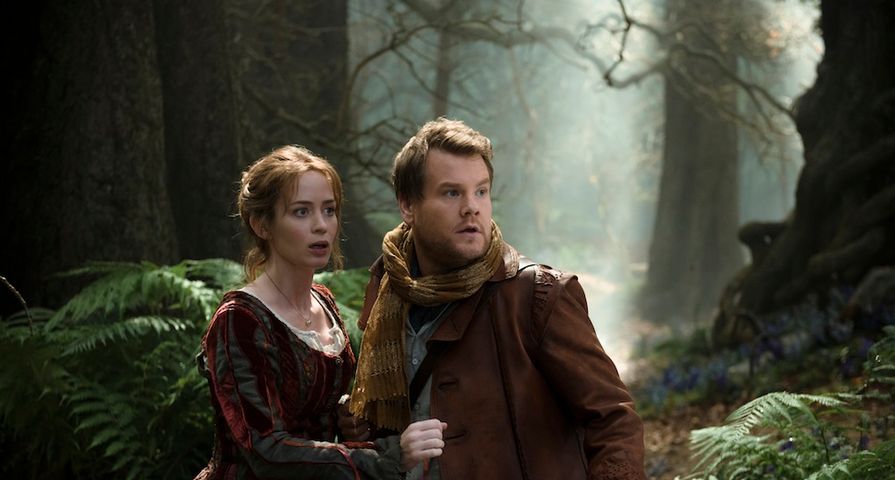 I wish I had the ability to sing the following via written word.

30 minutes into the screen production of Into The Woods, I was “Into my sleep!”

Most critics will probably love Into The Woods, because they know little about musical theatre, putting together a stellar production or actually making a film. In terms of all three, Disney’s Into The Woods lacks much to be desired.

There is no denying the talent of director Rob Marshall, or the repetitive and catchy nature of Stephen Sondheim’s musical score. James Lapine’s screenplay is basically the same as his stage book, with a few variances to morph The Narrator into voice over. For anyone familiar with the stage production, it won’t be much of a departure. Regardless of how you walk away from the cinema experience, you’ll walk out singing one of the songs.

Perhaps that’s the victory for Disney, because the film adaptation (or shall we say video–it was shot on the Arri Alexa) certainly won’t be lauded for breaking new ground, or doing something that is so exciting that everyone absolutely must see what has been put on screen.

Regarding the talent, the cast was laden with home run hitters who were relegated to blooping singles into the outfield. Everyone is well rehearsed, in stellar voice, and tonally they’re all lost in the same mish-mash of fairy tales by the Brothers’ Grimm; however, the bulk of rehearsal was most obviously done in separate studios, away from the rest of the cast, between other film projects, appearances and celebrity vacations.

Simply put, there is very little chemistry in this paint-by-numbers foray into the… heavily CGI’d woods that is so hyper-produced it is devoid of soul. It’s the opposite of the cohesive fun you’d find in the stage version of the same show, featuring a cast that has spent several weeks developing a nice rapport.

In terms of casting, there are hits and misses:

Anna Kendrick is utterly delightful as Cinderella, but I’d have loved to see her as Red Riding Hood.

Meryl Streep brings her typical A game, but frankly, there are others who’d have made the Witch more exciting.

Tracey Ullman, playing Jack’s Mother (Beanstalk), may be one of the finest character actresses to have ever walked this earth, but she’s kept in a virtual box and is able to offer little more than keeping the story in forward motion.

Lilla Crawford, who fell into the role of Red Riding Hood–bless her heart–is serviceable, after replacing Internet sensation, Sophia Grace Brownlee, a week into filming.

As you’d imagine, having a young girl in the role of Red, seduced by Johnny Depp as the most non-threatening wolf since “Two Socks” in Dances With Wolves, is as creeper as it gets. Maybe if Johnny had been as playful as Two Socks…? As it stands, The Wolf is just one of the many weak spots in this grand musicale.

For fans of Into The Woods:

You’ll likely be pleased as punch to sit down to a $10-15 version of the story shown on the big screen. You’ll know the entire score, and you’ll see some favorites gallivanting through the mix, telling a story that this reviewer thought would never end.

For those privy to seeing the film in the greater Los Angeles area, do yourself a favor, and shoot for the ultimate experience at Disney’s El Capitan Theatre in the heart of Hollywood.

Into The Woods opens nationwide on Christmas Day.