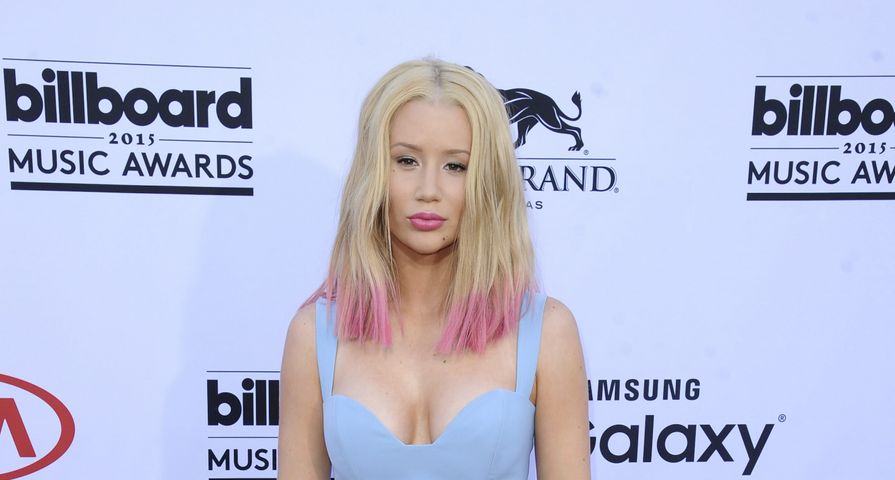 Rapper and pop star Iggy Azalea, 25, has had a rough time with her fan base lately after there was a petition to have her 2015 Billboard Music Award for her song “Fancy” taken away and she was forced to cancel a performance at Pittsburgh Pride due to backlash from the LGBT community.

She also ended up canceling her Great Escape Tour claiming she needs a break, something that also did not go over well with fans, but in efforts to stay in the positive light Azalea accompanied The Late, Late Show host James Corden for a segment of “Carpool Karaoke.”

After getting engaged to NBA player boyfriend Nick Young recently, the two focused on Iggy now planning a wedding where she joked about some details of her nuptials.

“Nick wants to have R. Kelly perform at our wedding so he can sing ‘Marry the P—Y’ at our wedding,” she stated before adding, “[I’m going to have] four bridesmaids. Literally everyone I’m friends with. Demo Lovato’s going to be one of my bridesmaids.”

With all the wedding talk Corden pulled over so that she would try on some wedding dresses and also made her agree that if he gets ordained he gets to officiate her wedding.

Check out all of their antics in the video below!