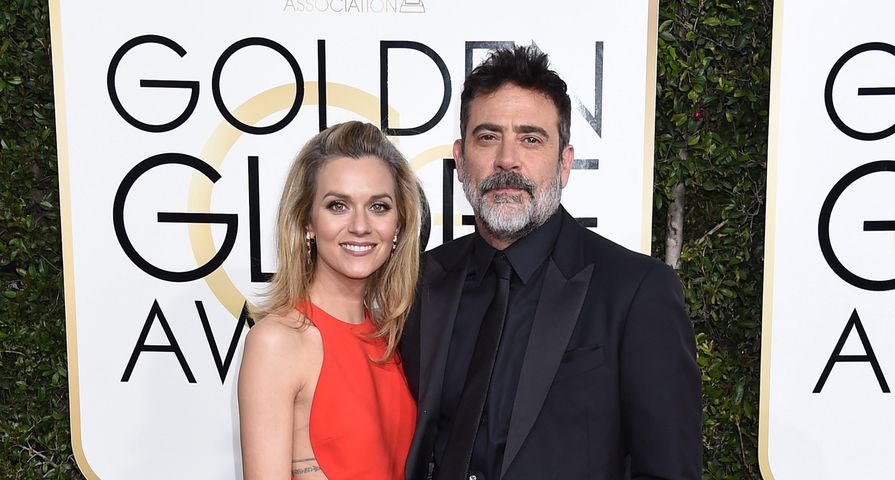 When it comes to celebrity couples, few are more private than Hilarie Burton and Jeffrey Dean Morgan.

While it took some time for the two to address their relationship and announce the birth of their first son, Augustus, they have taken a different approach to sharing about the birth of their second child, a daughter name George Virginia Morgan.

On Tuesday, March 6 the stunning former One Tree Hill actress took to her Instagram to not only share the first photos of her daughter with the handsome The Walking Dead actor, but also share an emotional story about her pregnancies, while teasing she publicly shared this time because of Morgan’s “track record for ‘spilling the beans.'”

“As some of you know, @jeffreydeanmorgan is off in Europe getting ready to do some big conventions. And he’s self aware enough to know his track record for “spilling the beans” isn’t so great (bless his heart!). So before he starts tripping up in an attempt to maintain our privacy, he asked that I go ahead and post something about our little girl’s birth,” Burton began the post.

She continued, “But before I do that, there’s something I really want to say to all the women out there who are trying…..It took a long time for Jeffrey and I to have this baby. The first time I got pregnant, it took a year and a half. I surprised him on Christmas with baby Seahawk booties. We cried. We celebrated. We picked out names. And we lost that baby.”

The 35-year-old then shared that she and Morgan suffered many losses on the journey to having their daughter. “More losses followed, and as so many couples know, it was heartbreaking. It still is heartbreaking. And every morning of the five years it took us, I’d open my computer at the kitchen table and see the news and I’d grow bitter over the endless parade of celebrities showing off their bumps and babies.  I’d weep out of jealousy for how easy it was for them. Didn’t they know something could go wrong? Didn’t they know that there were other women out there struggling? It pained me to see the corporate sponsored baby showers and magazine covers capitalizing on this human miracle that wasn’t happening for us.”

“So when this pregnancy started, we were cautious. I didn’t want to celebrate for fear of jinxing it. I didn’t want a baby shower. I checked her heartbeat every day, up until the day she was born. And now that she is here, I just stare at her in wonder all day. I see her in her daddy’s arms and I don’t take any of it for granted. She screams bloody murder and I smile because she is so wildly alive,” Burton said in the heartbreaking yet inspiring post.

“So now that folks know she’s here, I don’t want her birth to cause any other woman to weep at her kitchen table. If anything, my wish is that she would restore hope for others. Fertility is a fickle thing. And for the other couples out there who have had dark days, we want to introduce our miracle baby to you and send you our love and support in finding yours.”

Burton concluded the post with, “Please meet George Virginia Morgan. She was born February 16th. Her daddy delivered her. We love her very much.”

Burton and Morgan, 51, first revealed they were expecting their second child in September 2017 at the Primetime Emmy Awards and less than a week later Morgan accidentally “spilled the beans” they were having a daughter while he was on stage at a Supernatural convention.