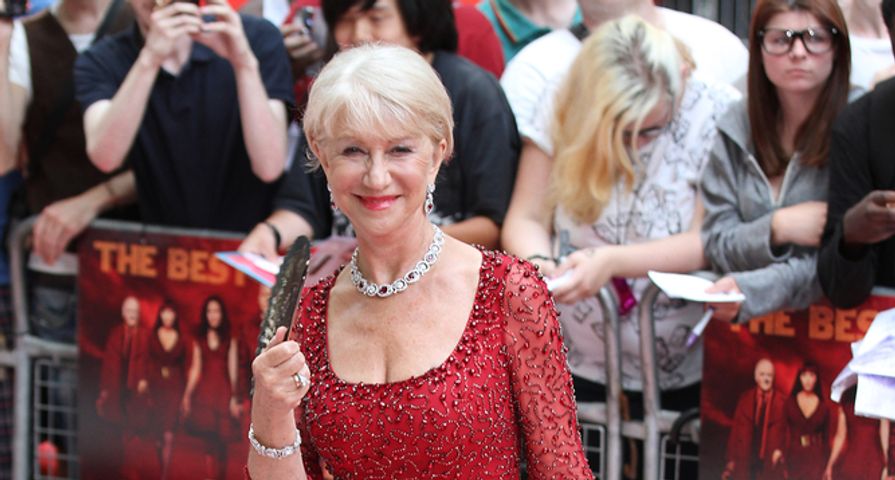 The new Fast 8 movie is about to get better!

In a recent interview with Elle, the 70-year-old actress (and overall bada-s) confirmed she’ll be joining the new installment of the Fast and the Furious franchise. She’ll be working with the film’s returning stars Michelle Rodriguez, Vin Diesel, Tyrese Gibson, Jason Statham, Ludacris, and Dwayne Johnson. Charlize Theron is also making her debut in the film series playing the character Cipher, and Scott Eastwood has also joined the cast!

Mirren told the magazine she’s a big fan of cars and is looking forward to taking part in the film. She also hopes to get behind the wheel in her new role. “I’ve always rather loved driving. I said, ‘I’ll be in it, but only if I’m allowed to drive if I do drive in it.’ But we’ll see. We’ll see how it transpires,” she said. Rumor is that Mirren will be playing a villain in Fast 8.

For such an accomplished actress, Mirren’s involvement in Fast 8 may seem a bit out of the ordinary. The actress insists that she’s open to taking on all types of acting roles. “Film is a wonderful thing and it can be so many different things. I don’t want to turn my back on any of the different ways movies can be. I love the movies. I love going to the films. I like very serious films, I love foreign films, and I love big, fun movies—as long as they’re well made and they’ve got good scripts. That’s the most important thing.”