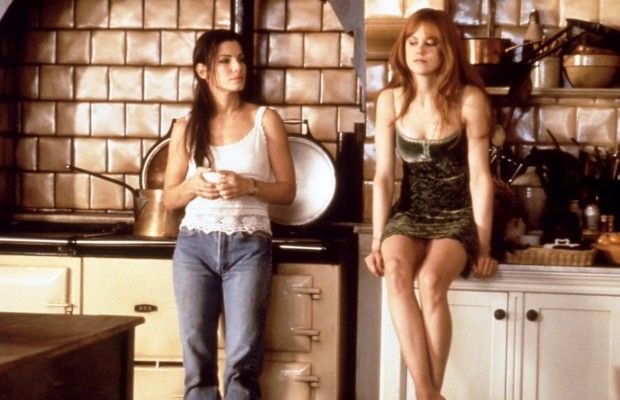 With WarnerMedia’s new streaming service HBO Max ramping up its content ahead of its release, it has been confirmed that a pilot for a prequel series based on the beloved 1998 film Practical Magic has been ordered.

The series’ current working title is Rules of Magic and will be based on the two Alice Hoffman novels of the same name. The series will be set in 1960s New York City and will follow siblings Franny, Jet, and Vincent Owens, as they deal with their “abnormalities.” Fans of the film starring Sandra Bullock and Nicole Kidman will remember that the aunts Franny and Jet were played by Stockard Channing and Dianne Wiest.

According to HBO Max, their journey towards self-discovery and self-acceptance will see them contending “with grief, war, bigotry and dark magic, not to mention a centuries-old curse designed to keep them away from love.”

The pilot order announcement follows a string of recent originals coming to HBO Max, including a revival of Gossip Girl retooled for a modern generation, Tokyo Vice starring Ansel Elgort, The Flight Attendant starring Kaley Cuoco in her first major followup to The Big Bang Theory, and a female-focused spin-off of Dune.

Meanwhile in early July it was confirmed that Friends would officially be leaving Netflix as WarnerMedia has exclusive rights to the iconic series as well as The CW shows which includes Riverdale.

“HBO Max will bring together the diverse riches of WarnerMedia to create programming and user experiences not seen before in a streaming platform. HBO’s world-class programming leads the way, the quality of which will be the guiding principle for our new array of Max Originals, our exciting acquisitions, and the very best of the Warner Bros. libraries, starting with the phenomenon that is Friends,” Robert Greenblatt, chairman, WarnerMedia Entertainment and Direct-to-Consumer, said in a statement. “Under the leadership of two of the strongest creative visionaries — Casey Bloys (HBO) and Kevin Reilly (original content and acquisitions) — and two of the most experienced digital experts, Tony Goncalves and Andy Forssell, I have no doubt they and their dedicated teams will deliver the world’s best storytelling to audiences of all ages wherever and whenever they want it.