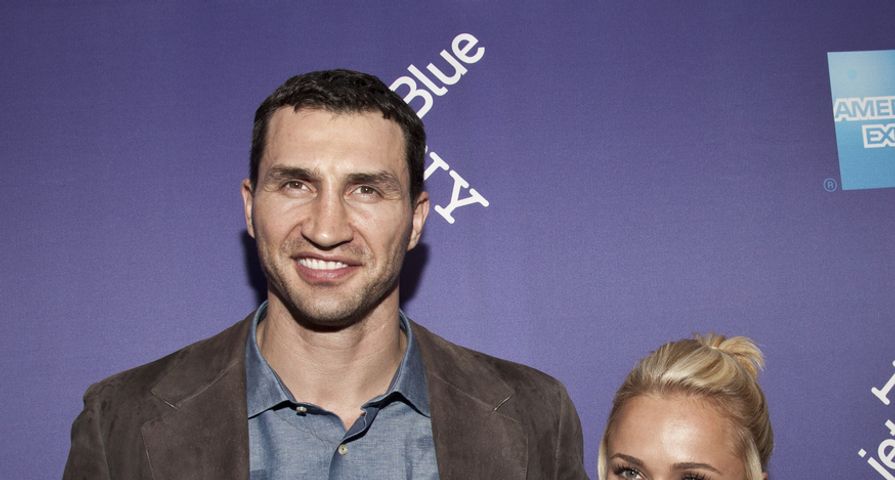 Just one look at the hulking figure of the 6’6 Wladimir Klitschko, 38, would not make one think he is the kind to “gush” about anything, except for maybe punching someone in the face as he is a professional boxer.

Ahead of his fight with Bryant Jennings however Klitschko didn’t want to talk about fighting at his press conference, he wanted to talk about his fiancé Hayden Panettiere, 25, and their new baby daughter, Kaya.

“She [Kaya] can communicate with her eyes and smile. Even if you’re tired and haven’t slept enough, when you look at your child’s eyes, [it’s like], ‘For you, little angel, I’m going to do everything! Literally everything,'” he gushed.

“I don’t know what appreciation she is expressing but it’s something like, ‘Thank you for being here in my life, Dad, and being around.’ It’s something that gives you a boost of energy,” he told Us Weekly with a big smile on his face.

While the couple who had been on and off for a couple years before announcing their engagement in 2013 waited for marriage to welcome their daughter, it seems that is now the next step.

“Now is for now — when people get married there are different things they promise to each other and I understand the promising part, but I think [having] children is something that connects you until the end of your days no matter what,” he said. “And I think that, Kaya, our daughter, has connected us forever. And that’s the most amazing thing. Everything else is coming, it’s something that needs to be planned…but as I said, the connection with the child is better than any marriage!”

After welcoming Kaya on December 9, 2014 Klitschko stated “I’m so happy to have Hayden in my life. She’s the best mom I could ever imagine. She’s a true, amazing mom.”