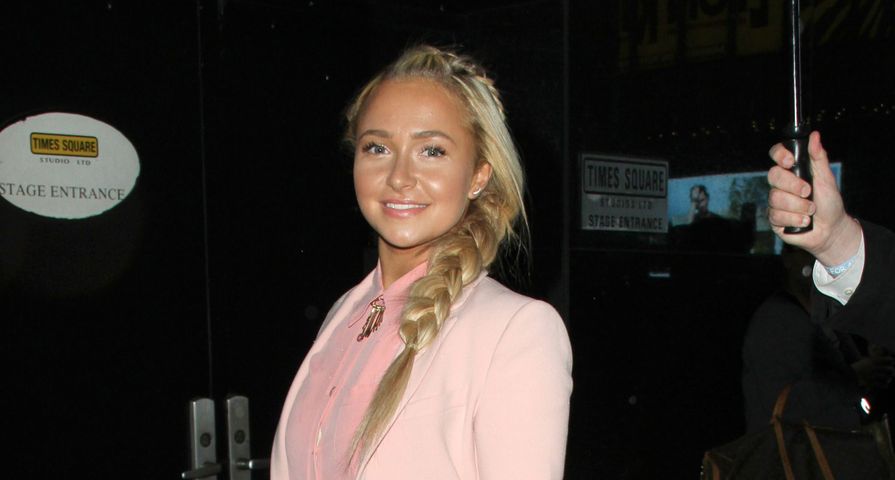 Hayden Panettiere has definitely embraced motherhood since welcoming her first child, daughter Kaya, with fiancé Wladimir Klitschko, and it looks good on her, as she absolutely beamed while talking about her new addition on Good Morning America.

Dressed in an all pink pant-suit, the 25-year old actress was glowing as she talked to Good Morning America’s Lara Spencer on Monday April 20 about her nearly 5-month old baby.

“[It’s] out of body. As you know. You know what it’s like. As long as your kids are happy and healthy and all good–it’s fabulous.”

She went on to explain that motherhood makes you think about everything so much differently than you did previously. “You just re-prioritize, as you said before. You hear that they’re healthy, and you just don’t care about yourself anymore. It’s the most out-of-body experience, where you go, ‘I will completely lay myself on the line for my child. Without even hesitation.”

Of course, her real-life pregnancy was worked into the show Nashville which she stars in and she also talked about how her character, Juliette Barnes, is also dealing with motherhood.

“She’s trying to find herself. As a mother, you feel like you lose yourself for a second, which you should, and you’re giving yourself and dedicating yourself to another person. But she’s terrified that that is going to disappear, all the work she’s done throughout the years. that’s her identity.”