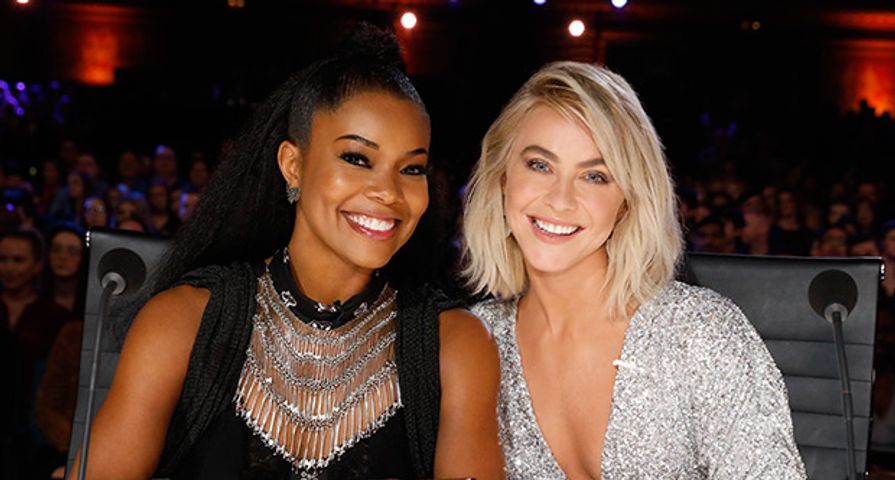 Gabrielle Union and Julianne Hough will not return as judges on America’s Got Talent in 2020.

A source revealed to Entertainment Tonight that Union and Hough would not return as judges for the 2020 season of America’s Got Talent. However, Simon Cowell, Howie Mandel and Terry Crews are expected to return to the series. Union and Hough replaced Melanie Brown and Heidi Klum of the show’s 14th season. Typically, judges on the show are often cycled out and then later return.

After the America’s Got Talent finale in September, Entertainment Tonight talked with Cowell about the whether or not Union and Hough would be returning as judges in the next season.

“I don’t make those decisions,” Cowell told Entertainment Tonight. “Everyone thinks I am [the boss and makes those decisions]. Yeah, I think they did a really good job. Importantly, it’s who we ended up with, is always a reflection on who’s on the panel. They did a great job.”

Union also revealed to Entertainment Tonight that she “didn’t know” if she would return to the show. “There’s a lot of amazing things happening, but I love this show. I love the opportunity of being a part of peoples’ dreams coming true. I’m on the talent side, where I get rejected every day, and it was nice to really, kind of, go a little deeper with each contestant and really be a part of their dream,” she expressed. “Hopefully they’ll have me back.”

As for Hough’s hopeful return, she told Entertainment Tonight, “I hope so. I haven’t heard anything. I would totally be down. This was truly, it changed my life in a sense that I got to really take in every moment of gratitude and it’s bigger than me.”

In other news, Klum will return for the second season of America’s Got Talent: The Champions, after she stepped down last year as a judge from the main series.