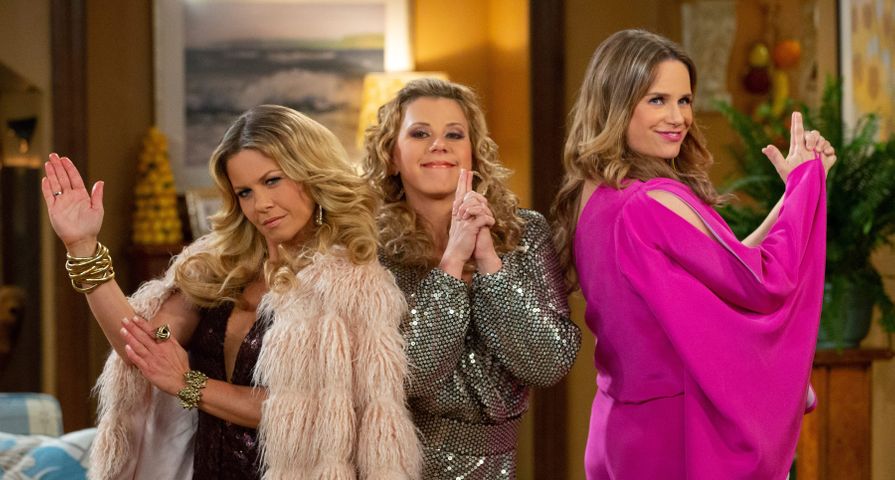 After several amazing seasons and one of TV’s best comebacks, Fuller House will be coming to an end with its fifth season Netflix announced on Thursday, January 31.

Along with the announcement that Fuller House had been renewed for a fifth and final season, Netflix also released an emotional farewell video. The video features clips from the previous four seasons of the show from the beloved cast saying goodbye. “We’re saving the best for last, ” Candace Cameron Bure says in the video.

Fuller House first premiered on February 26, 2016, 21 years after Full House had come to an end on May 23, 1995. Fuller House put a new twist on the Full House series with Bure’s DJ Tanner moving into her childhood home with her three sons after losing her husband, and of course her sister Stephanie and best friend Kimmy Gibbler stepped up to help her out. Original cast members Bob Saget, Lori Loughlin and Dave Coulier all made regular appearances, as did John Stamos who also served as an executive producer on the series.

“Oh my goodness, I would play DJ Tanner for the rest of my life,” Cameron Bure said before the fifth and final season was announced. “If the audience wanted it and the networks wanted it, I would do it forever. I love her. I love our Fuller House family, and we really are family off screen. The more I get to be with them every day, whether it’s working or just in everyday life friendship. It’s just incredible, so keep watching! Give us a season five!”

No exact premiere date for the final season was announced aside from fall 2019.