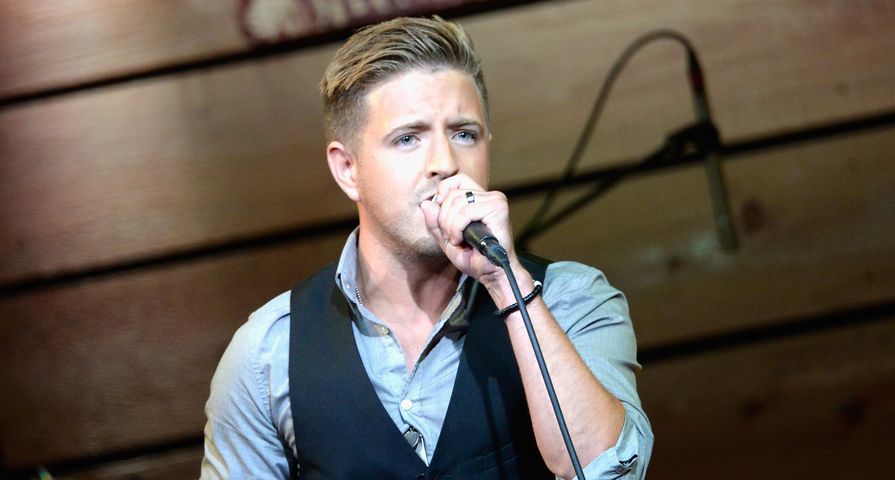 Country fans heard a familiar voice on last night’s season 11 premiere of The Voice in the blind auditions. At 11 years old, Gilma rose to instant fame with his debut single “One Voice” in 2000 which made him the youngest country singer ever to get a Top 40 hit.

Clearly, the guy can sing, and sure enough the coaches took notice and it was actually Adam Levine who turned around first, but it quickly became apparent who he was when he said his name and Blake Shelton quickly responded, “I know Billy.”

Gilman added that although he had “great success” as a young country artist, he said it was amazing to be able to be in the moment where he can finally sing the way he “so badly wanted to, even then.”

“When I was making my first album, that’s when ‘One Voice’ came out, and it’s crazy, Billy, because you always wonder, what ever happened to somebody, you know? And now you found your sound and where you belong musically. I’m really happy for you man. I really am,” Shelton told Gilman.

That is when new coach Miley Cyrus said, “Wait, I know your music,” and Gilman admitted, “I actually opened up for your father.”

Finally Adam Levine got to put his two cents in as to why Gilman should choose him telling him he “hasn’t been able to physically sit down” since Gilman’s audition ended because “so rarely do I hear everything happen on this stage. This intangible quality that you possess is exactly what embodies the person that wins this show […] I’m blown away and I’m not sitting down until you join my team.” It seems we will have to wait until next week to see which coach’s team, Gilman picks.