Home » Trending News » First Look At The Will & Grace Revival

First Look At The Will & Grace Revival 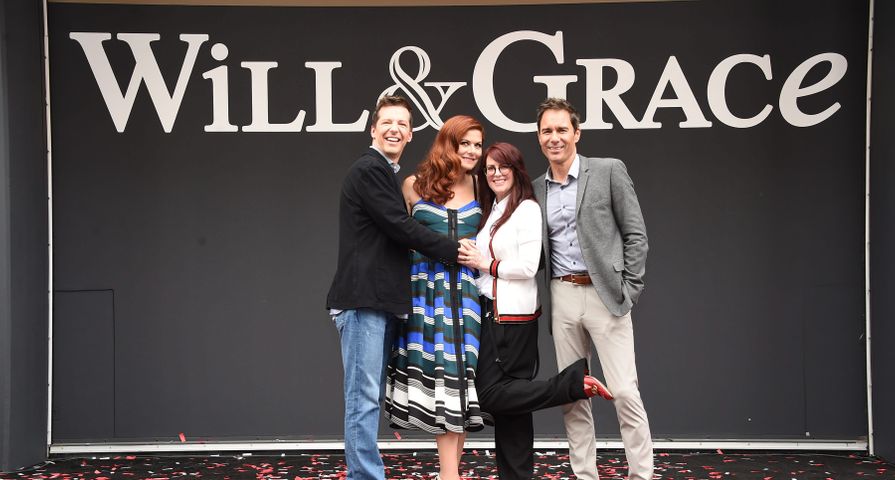 One Tree Hill Podcast: Revelations From Episode 2 "Take Me to the Pilot"
Source: Press Association

The first look at the 2017 revamped Will & Grace is officially here with a new promo trailer!

The promo includes clips from the original version of the show that ran for eight seasons alongside a sneak peak of the 2017 version of characters Will (Eric McCormack), Grace (Debra Messing), Jack (Sean Hayes) and Karen (Megan Mullally).

“The 16-time Emmy winner is back,” the voiceover says referring to the beloved sitcom. “And they’re picking up right where they left off.” The batch of 16 episodes allegedly ignores the series finale that jumped into the future and the producers decided to take a new direction with the revival. “I kind of think the very…that was more or less a fantasy, it was a projection, that episode, into the future,” co-creator David Kohan admit at the 2017 TCA summer press tour.

He continued by confessing the writers may have missed the core of the show and dissatisfied fans with the way they concluded the series. “And I think what we missed was the dynamic between the four of them more than we missed the possibility of what their lives would be like as parents,” he said.

“We never would’ve gone in that direction if we thought we weren’t ending the show,” co-creator Max Mutchnick revealed regretfully.

NBC has already renewed the revival of Will & Grace for 13 more episodes following the first set. Will & Grace returns on September 28 on NBC.