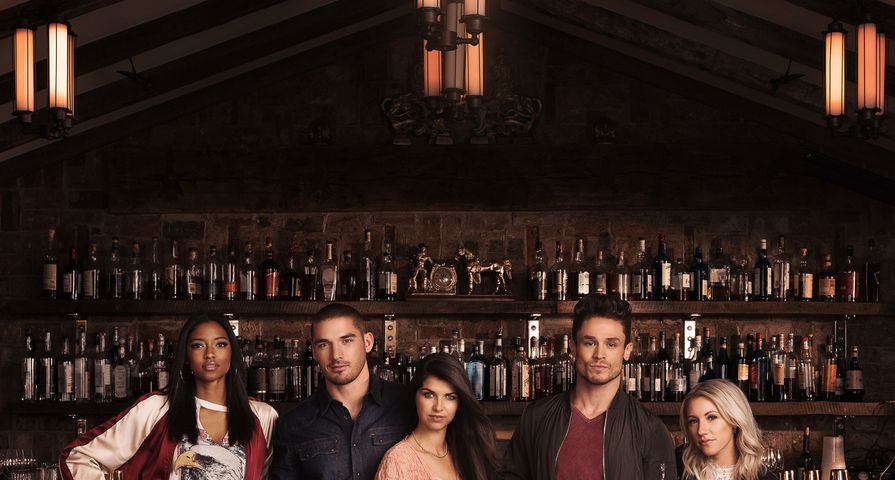 Music City is CMT’s newest buzzworthy project. The upcoming docu-series is all about the pursuit of happiness in a city that “breaks hearts, but makes dreams.” The combination of Nashville and country music will give viewers a rarely seen behind the scenes glimpse into the difficulties of the music industry, especially in Nashville.

Set to premiere on March 1, at 10 p.m. ET., Music City is another creation by Adam DiVello, who is also responsible for former reality TV hits The Hills and Laguna Beach. This time he’s following five Nashville dreamers, Kerry, Rachyl, Jessica, Jackson, and Alisa, who are all struggling to build careers while balancing their responsibilities with family, friends, and relationships. In anticipation of Music City‘s debut, we chatted with cast member Alisa Beth to learn exclusive details about the show, including more on her personal story, her fellow castmates, and what fans can expect to see this season!

Alisa Beth Fuller is an aspiring singer and songwriter who moved to Nashville from Rancho Cucamonga, California in pursuit of a dream. Her love for country music and the South led her to up and move to Music City, the central hub of country music. “I would say about five or six years ago I kind of decided that singing and writing country music was something I could do. Because I’ve sang my whole life, but I had never really thought that could be a career path for me,” she said. Her professional musical journey began after she attended Los Angeles Recording School, received a degree in music production, and then set her sights on Nashville.

When asked about going from an aspiring artist to one of the stars on a new reality series, Alisa said it’s totally surreal. “It’s kind of hitting me now. We’ve been going through this process for a little while. Kind of working on this quietly without anybody knowing, but now that it’s out there, it’s really fun.” No doubt, there’s a lot to be excited about, but what she’s most looking forward to sharing are some of her big career firsts, especially since she is so new to the industry. Viewers will watch her go through her first writer’s round, where she performs a song for the first time in front of a small group of people, except instead of the typical intimate setting, she’ll be doing it in front of audiences all around America.

While there will be a lot to celebrate, the show also tackles just how difficult it is to build a music career in a city where everyone is competing for the same thing. “You’ll see on the show, it’s a hard process. It’s not easy. It’s not easy co-writing. It’s not easy going there with your feelings and putting them all out there for the world to see. But you’ll also see how all of us work through it — Jackson, Jessica, and even Kerry. You’ll see the different stages of where they are in their career, and where I’m at in mine, and how we work through it and overcome it. Because this is something that we really want to do,” she said.

In addition to Alisa’s career pursuits, viewers will get to see her navigate her relationships, like her close friendship with Rachyl. “Nashville is such a small town. Rachyl and I had known each other before we even knew we knew each other, if that makes sense,” Alisa said. “We just clicked and I think what we understand about each other is that we are both very loyal people. And I mean, you’ll see that. She comes to me for advice on the show, I go to her. We trust each other and we trust that the advice given is maybe not what we always want to hear, but it’s what we need to hear.”

Another swoon worthy subject on the show is romance. Each one of the cast members are struggling in their own way — either with their search for love, or navigating a current relationship. For example, Kerry and Rachyl are trying to find a balance between work and family as Kerry pursues his musical career out on the road and Rachyl stays home with their 2-year-old son, Wolfgang. Alisa on the other hand is still looking for someone to sweep her off her feet. She teased some interesting details when she said: “You’ll see the interactions that I have throughout the show. I do go on a date, and you’ll get to see all the first date jitters and then, maybe, you see that I end up with somebody that nobody could have imagined.”

So how does a television producer like Adam DiVello stumble upon a group of friends living in Nashville? According to Alisa, the show came to fruition after DiVello met Kerry, found out he was living in Nashville, and later approached him about doing a show with his friends. It didn’t take long for Kerry and his wife Rachyl to round up their friends, including Alisa, and invite them to jump on board.

Not surprisingly, Music City is already being compared to DiVello’s former hits Laguna Beach and The Hills. Alisa believes that the comparison is pretty accurate for the most part, especially when compared to The Hills, which mainly focused on Lauren Conrad’s pursuit of a career in the fashion industry. Music City will have a very similar feel, just with music as the focus instead. But don’t worry, Alisa promises there will also be lots of drama too. “There will be drama because, I mean, when you stick a bunch of attractive people together there’s going to be drama. I feel like fans of both [shows] will understand the drama aspect and they’ll love the aspect of being able to see Nashville in a way that they didn’t see before, or even knew existed,” she said.

The biggest takeaway from Music City is that it’s a show for everybody and anybody who has a dream. “The show is really for everybody. It’s for anybody who is chasing a dream, wants to pursue anything and maybe doesn’t feel like they can or they should,” said Alisa. “It’s a love letter to Nashville, and we just hope people love it.”

Music City will premiere on CMT Thursday, March 1 at 10 p.m. ET., but in the meantime, check out a sneak peak of the trailer below!