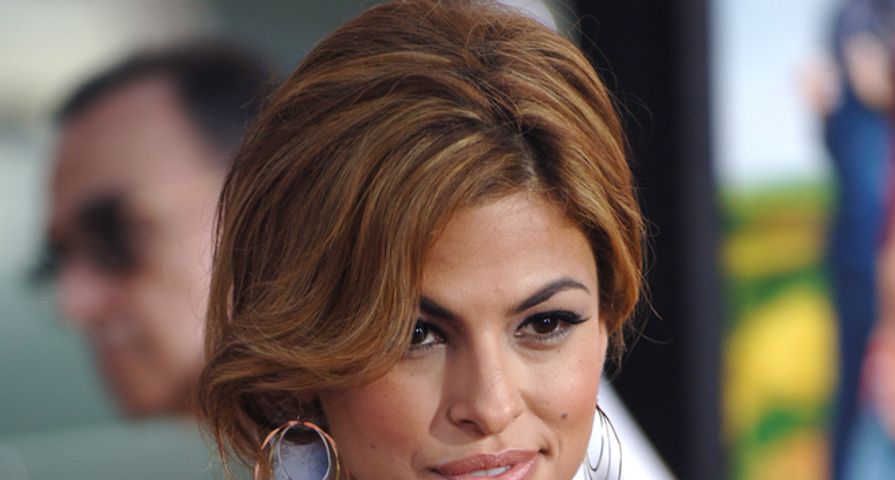 But are they the best…? Really? ‘Cause when I go to an event where people are aiming to impress in Los Angeles, I’ve never seen a single woman wearing sweatpants. And the dudes who wear sweatpants…? They wouldn’t be allowed into the establishment. At events where people are hoping to meet other people…? No sweatpants.

Poor Eva makes one comment about sweatpants being a bad idea at home with Ryan Gosling, and people are ready to crucify her upside down. Sure, we know that so much of that is rooted in so many personal fantasies: we all wish we were lounging around the house with Ryan… wearing sweatpants on a lazy Sunday afternoon… maybe watching some March Madness… or cuddling… but snap back to reality, folks.

(To Eva: Just eat the backlash. If people couldn’t tell you were joking–it was funny–and are offended by that comment, then they seriously have too much of an emotional connection to their sweatpants.)

Sadly, when a celebrity (or anyone) makes a comment that is bound to offend the pandemic laziness that is America, it just has to be eaten. No pun intended.

People will forget about those things after five minutes, after they offer their misplaced verbal barrage via 140 characters, or a long diatribe on Facebook. Or… as soon as the subsequent “likes” stop rolling in on Facebook, Instagram and Twitter.

Don’t get me wrong, the whole fake Yoga craze in the United States (seriously, I watched an Indian woman roll her eyes at a group of yoga people in Seattle), has delivered to us a wonderful mix of lycra not enjoyed in 30 years. And what would we do without Lululemon? We need more companies founded by grade-A jerks like Chip Wilson, and American Apparel’s Dov Charney (seriously, Canada, do we have you to blame for the excessive sweatpants issue in the USofA?).

Bottom line, what Eva said needed to be said. For the same reason we don’t wear sweatpants on a date, we should consider not wearing sweatpants for every other activity at home. My message: Keep dating your spouse. I believe that is what Eva was trying to say. Sure, sweats are awesome–they’re made for a purpose. But on the day to day, they’re just glorified pajamas. Maybe as a society, we dial it back to a couple days/week. And after workouts, we actually shower and put on real clothes. Just an idea.

For more on this–devoid of satire–and to see Eva’s hilarious retraction, check out the video below.