Empire Creator Says Jussie Smollett Will Not Be Returning 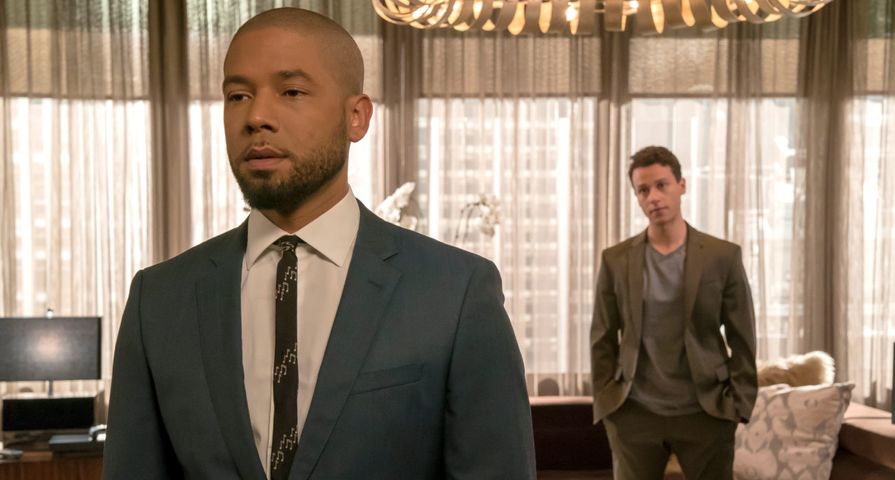 After a very much dramatic end off-screen to the fifth season of Empire, it looks like the show’s creator Lee Daniels is ready to end the show’s ties with actor Jussie Smollett.

On Tuesday, June 4, Lee Daniels responded to a report from Variety that stated the Empire writers were “prepping for Jussie Smollett’s return in season 6.” In response to Variety’s tweet with the article, Daniels wrote, “This is not factual. Jussie will NOT be returning to Empire. -LD.”

The drama with Smollett began in late January when Smollett was hospitalized after he was allegedly attacked by two men who hurled racist and homophobic remarks at him. Before long, authorities stated that they believed Smollett had staged the hate crime attack and had paid the men to attack him for “publicity.”

The case went on to take many more twists and turns including the actor being arrested for filing a false report and he was eventually removed from the final episodes of Empire‘s fifth season as the heavily publicized case played out. Originally, Smollett’s future on Empire depended upon how the legal process unfolded with Empire executive producer Brett Mahoney stating, “It’s a matter of trusting the process and allowing the legal process to play out and see where it goes from there. And it’s too early to think about what we would have to do if we didn’t have Jussie. We have such a strong ensemble and we have so many stories to tell for all of these fascinating characters that it’s bigger than one character, but it’s too early to think about the show without him.”

It seems Daniels made the decision to cut ties with Smollett even though in the most shocking twist of all, all charges against the actor were dropped in late March.

“Today, all criminal charges against Jussie Smollett were dropped and his record has been wiped clean of the filing of this tragic complaint against him,” Smollett’s attorneys, Tina Glandian and Patricia Brown Holmes said in a statement Tuesday. “Jussie was attacked by two people he was unable to identify on January 29th. He was a victim who was vilified and made to appear as a perpetrator as a result of false and inappropriate remarks made to the public causing an inappropriate rush to judgement.”

“Jussie and many others were hurt by these unfair and unwarranted actions,” the statement continued. “This entire situation is a reminder that there should never be an attempt to prove a case in the court of public opinion. That is wrong.  It is a reminder that a victim, in this case Jussie, deserves dignity and respect. Dismissal of charges against the victim in this case was the only just result.”

“Jussie is relieved to have this situation behind him and is very much looking forward to getting back to focusing on his family, friends and career,” the statement concluded.