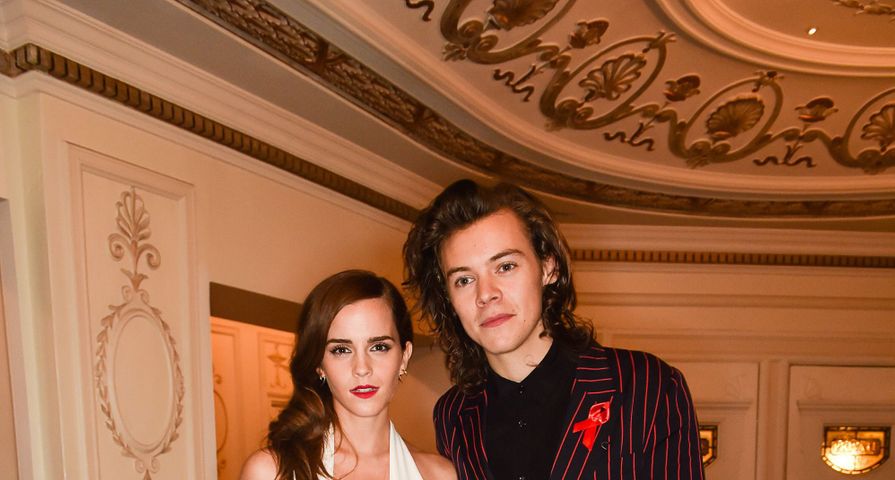 Are Emma Watson and Harry Styles a couple? Twitter certainly wants it to happen.

When the Harry Potter star and One Direction appeared together at the British Fashion Awards, fans went crazy on Twitter suggesting that the two start dating.

When Harry, 20, presented Emma, 24, with the British Style Award, Emma got a little flustered. “Harry Styles just said the words, ‘He for She,’ so that’s really cool,”  Emma told the audience, referring to a phrase that men use to demonstrate their support of feminism.

“harry and emma look perfect together i don’t care what you think,” wrote one fan.

“And then God said let there be Emma Watson and Harry Styles,” said another.

“if elegancy and class had a specific visual image it would be that picture of emma watson and harry styles,” chimed in another, who probably meant to use the word “elegance” (but we understand the sentiment).

The potential couple already has a combined name: Hemma.

Usually, One Direction fans are resistant to Harry dating anyone, so it’s interesting that Emma already has so much support.

Perhaps the idea of Emma and Harry dating isn’t so crazy, since they already flirted on Twitter once when Harry admitted he hadn’t seen all of Emma’s film The Perks of Being a Wallflower.

What do you think of Harry and Emma?