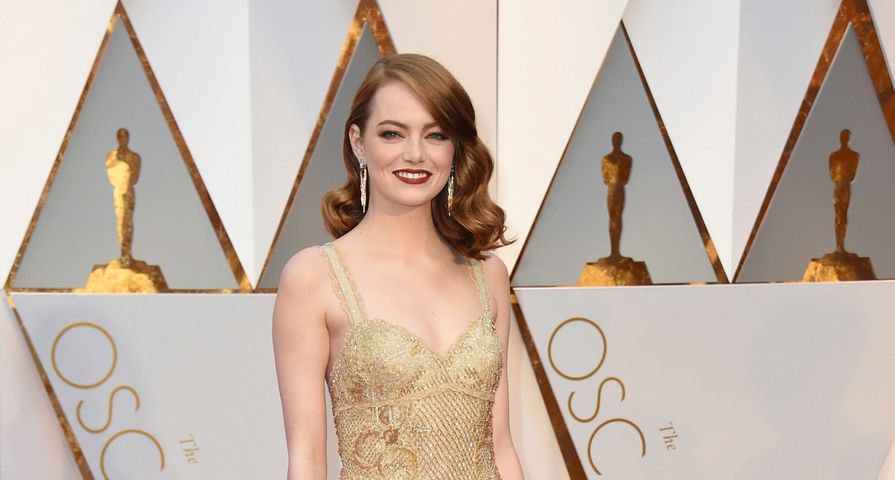 Stone earned a whopping $28 million for her roles this past year, which included the award-winning film La La Land which warranted her the Best Actress Oscar. Jennifer Aniston fell closely behind Stone in second place earning $25.5 million. The previous winner for 2016, Jennifer Lawrence, landed herself in third place earning $24 million in 2017.

News of Stone’s number one ranking comes shortly after she revealed her movement for minimizing the gender wage gap in Hollywood. “In my career so far, I’ve needed my male costars to take a pay cut so that I may have parity with them,” Stone revealed to Out magazine. “And that’s something they do for me because they feel it’s what’s right and fair. That’s something that’s also not discussed, necessarily — that our getting equal pay is going to require people to selflessly say, ‘That’s what’s fair.’”

“It’s not about, ‘Women are this and men are that.’ It is, ‘We are all the same, we are all equal, we all deserve the same respect and the same rights,” Stone continued. “And that’s really what I’ve been so grateful for with male costars — when I’ve been in a similar-size role in films, and it’s been multiple people who have been really incredible and said, ‘That’s what I want to do. That’s what is fair and what’s right.’”

Rounding out the top five were Melissa McCarthy with $18 million and Mila Kunis with $15.5 million.