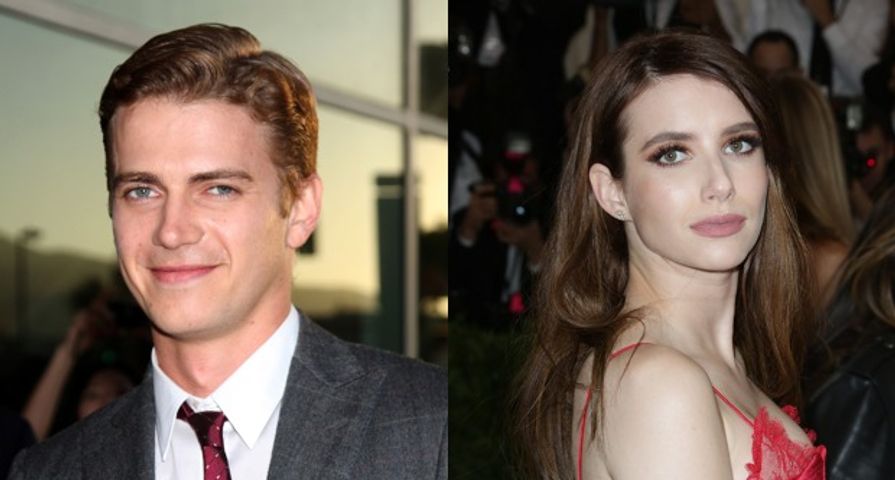 A source has confirmed to Us Weekly that actress Emma Roberts was in the middle of the split between Rachel Bilson and Hayden Christensen!

Back in September news broke of the split between Bilson and Christensen after nearly 10 years together. “She’s full-time back in L.A. He’s in Toronto,” a source revealed to Us Weekly at the time of the split. “They’ve been on the outs for a couple of months.” Another source added, “They are completely, officially done.”

The actors share a 2-year old daughter and first met on the set of Jumper back in 2008 then got engaged in December of that year. They called off their engagement in August 2010, but reconciled three months later and have been seemingly strong ever since. They most recently appeared at 29Rooms opening night in NYC on September 7 but eyewitnesses noted that they arrived several hours apart.

Emma Roberts on the other hand has been in an off-and-on relationship with Evan Peters since 2011. They were engaged in late 2013 then called it quits in June 2015 and continued down the on-again-off-again path until 2016.

Bilson, Christensen and Roberts have yet to comment about the alleged affair.