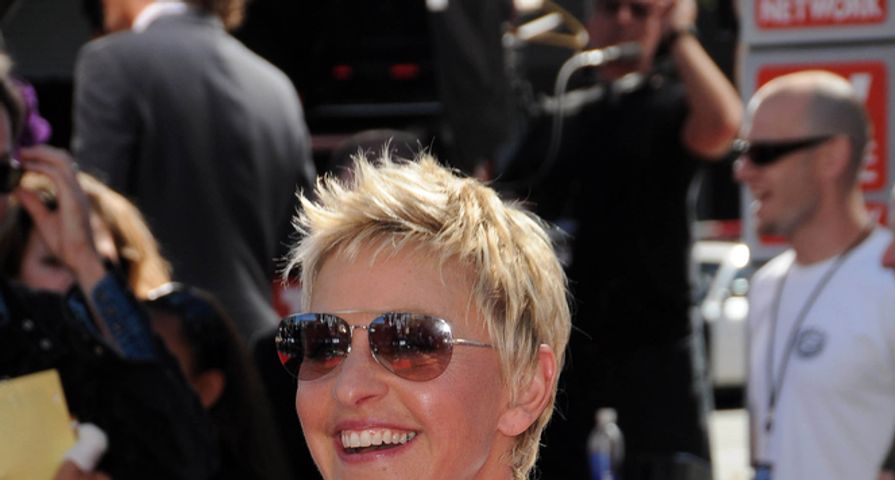 That Ellen. She really is one funny lady. And she’s always throwing together spoofs of things that really deserve to be spoofed.

Most recently, Ellen put a tongue in cheek to go after the first 50 Shades of Grey trailer. For starters, this book, and its subsequent screen adaptation, should have been entitled Clown College. Because that’s pretty much what it is.

For you women who are chomping at the bit to cozy into a theater seat to see this go down, here are a couple questions for you:

Did you see the delightfully irreverent, and absurdly sexy indie, Secretary, starring James Spader and Maggie Gyllenhaal in 2002? Did you see the “woah, baby,” Mickey  Rourke, Kim Basinger love fest, 9 1/2 Weeks, in 1986? If you weren’t alive then, or have no recollection, then you should understand that everything 50 Shads of Grey has to offer, has been done before.

Ellen gets this. In direct opposition to the trend of making everything hypersexual, Ellen takes the 50 Shades trailer, places herself in the mix as Anastasia Steele, and makes everything hyperclueless. It’s delicious. Seriously. Anastasia Steele? That’s the character’s name? That alone should suggest this story missed its mark. It was destined to be a comedy.

It could be argued that Ellen’s spoof will likely be better than the film. What more of the film do we need to see now that Ellen has introduced us to the potential of what the film could have been? And it begs the question: Why don’t we ever see a sexual comedy? Not an obtuse, trying-to-hard, fumbling comedy where there’s some sex, rather a legitimate film that captures real life, and how absurdly sexy sex isn’t when people are trying too hard to be sexy.