Ellen Plays ‘Never Have I Ever’ With Drake and Jared Leto 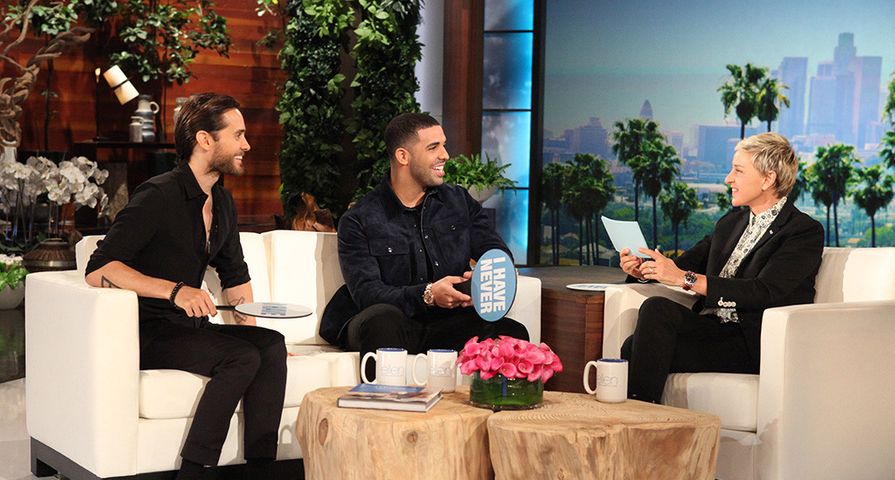 On Wednesday, Ellen played the game “Never Have I Ever” with Drake, 29,  and Jared Leto, 44, and yes, it’s as awesome as it sounds. To get the game started, Ellen provided her guests with paddles that read “I Have Never” on one side, and “I Have” on the other, and encouraged them to be truthful. “You just have to be honest. That’s all. We’re just asking for honesty here.”

To see Drake and Leto answer the rest of Ellen’s questions, check out the video below: