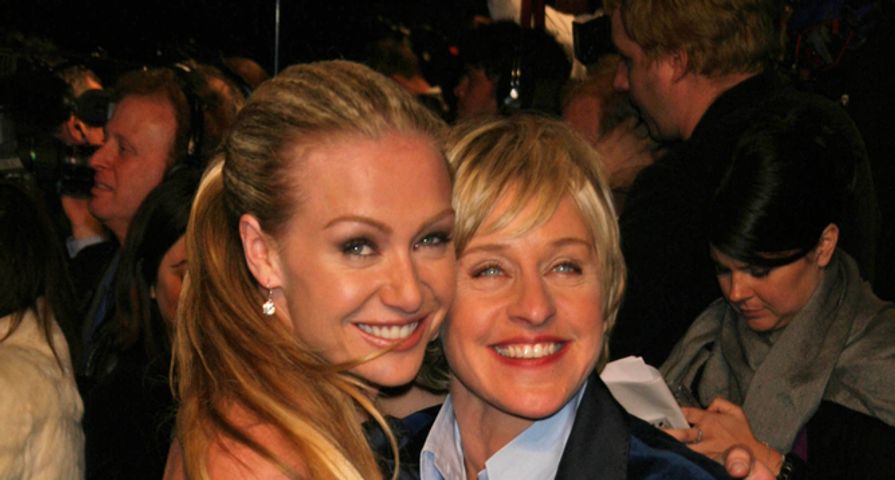 Ellen DeGeneres is producing a new show about family called One Big Happy, but she doesn’t want to make her own family any bigger.

The 57 year-old comedian and talk show host sat down with The Today Show‘s Matt Lauer, who asked if she’d like to have kids.

“I think I would, but that’s not enough to have a kid,” she explained. “I love kids, but that’s such a big commitment, and it seems long-term.”

As the audience laughed, she continued: “It seems like a commitment you have to stick with.”

Check out the video to see more of Ellen’s reasoning, including her fears about what might happen if she decides to have kids with wife Portia de Rossi.

Portia has previously said that she and Ellen, who wed in 2008, never planned to have children. “You have to really want to have kids, and neither of us did,” Portia said in a 2013 interview. “So it’s just going to be me and Ellen and no babies.”

In 2014, tabloid rumors surfaced that the pair did have a bundle of joy on the way, but those rumors turned out to be false.

“It would be so fun for everybody if we were,” Portia said to Ellen when she visited Ellen’s talk show. “Did you see it says, ‘They’re finally starting a family’? Are people really that mad at us?”

“They want us to have a baby,” Ellen responded. “My assistant asked if I was keeping something from him because it’s so prevalent and everyone assumes we really are having a baby and we’re just not sharing it.”