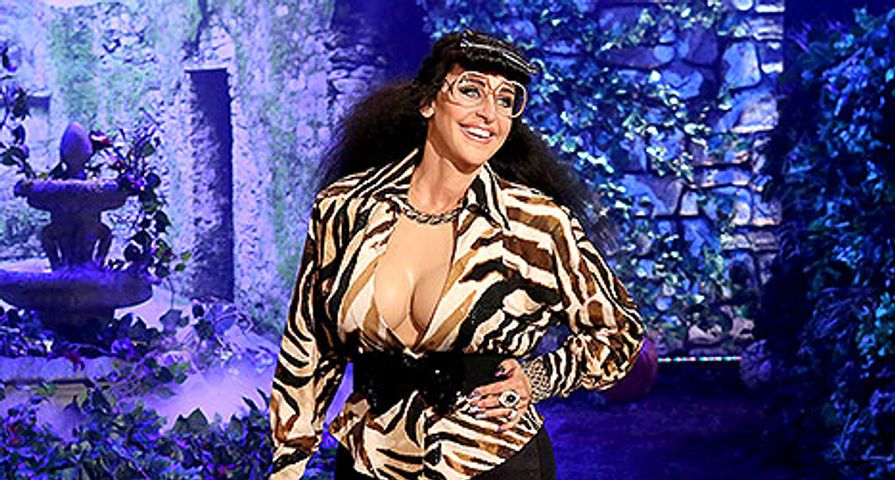 Ellen DeGeneres is one of the most naturally funny talk show hosts, and her most recent “skit” for Halloween is hilarious.

In a preview for her Friday, Oct. 30 show for Halloween, DeGeneres revealed her 2015 costume, and of course chose one of the most famous families on the planet, the Kardashians.

Sporting some insane cleavage, as well as some other famous Kardashian curves and style, DeGeneres stated, ” I bet you’re wondering who I am. And obviously if you are wondering who I am you didn’t see the latest ad for Keeping Up With the Kardashians,” she stated before showing herself inserted into the opening of Keeping Up With the Kardashians. “That’s right, I’m the lesser known Kardashian sister, my name is Karla Kardashian with a K. Because we’re known for our double K’s. These are double K’s too by the way,” she added, pointing to her amazing cleavage.

Her entire introduction is amazing as she explains how as the youngest she gets all the “hand me downs,” and says, “I’m a big part of the family but for some reason I’m always cut out of the show, and I understand because they only have like, 12 reality shows that are on TV 80 hours a week, but you know, they didn’t have room for me.”

Check out the video below to see where you missed Karla in some of the Kardashian’s biggest moments, and the product Karla got chosen to endorse!