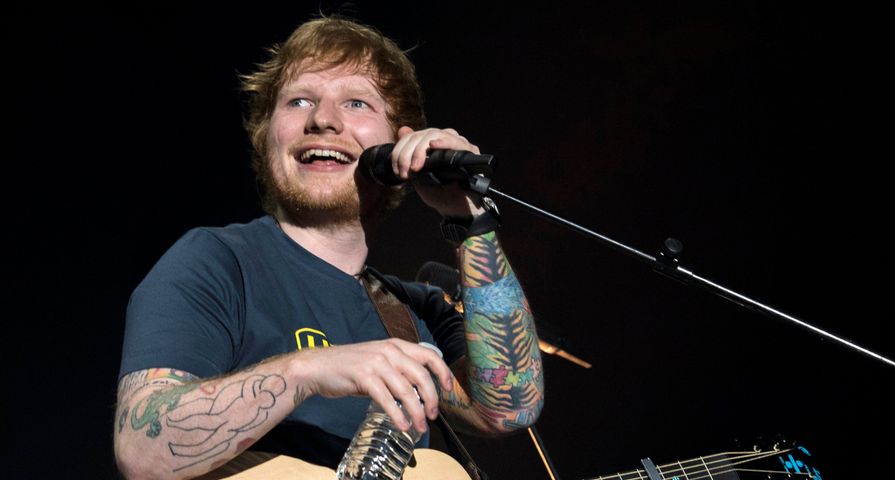 In one of our favourite sessions of Carpool Karaoke to date, Ed Sheeran joined James Corden for a ride full of hit songs, romance talk and silly stories. The popular singer was on The Late Late Night Show on June 6 for his highly anticipated appearance.

Corden and Sheeran began the ride singing to his hit single ‘Shape Of You’ and Corden teased the singer about the sexual undertones of the lyrics. The duo also discussed Sheeran’s time away on his sabbatical year and Sheeran confirmed that he’s still doing his “no-phone, no-internet” thing, as Corden refers to it as, and can only be reached by e-mail.

The ride also consisted of a candy eating contest where Sheeran astounded his fans by beating his record and fitting a total of 55 malt balls in his mouth in response to a previous claim he made that he could fit 47.

Although the entire ride kept us laughing hysterically, our favourite part was Sheeran’s retelling of the infamous Justin Bieber golf story. Sheeran explained that he and Justin once visited a bar in Tokyo together and in their drunken stupor, went to a golf course where Justin allegedly put a golf ball in his mouth and asked Ed to try to hit the ball out of his mouth! Sheeran and Corden then proceeded to sing Bieber’s hit “Love Yourself,” which Sheeran actually wrote himself.

For more hilarious moments like this, stay tuned for Corden’s show which is taking place in London all week and will be featuring guests such as Nicole Kidman, Emily Blunt and Jennifer Hudson.