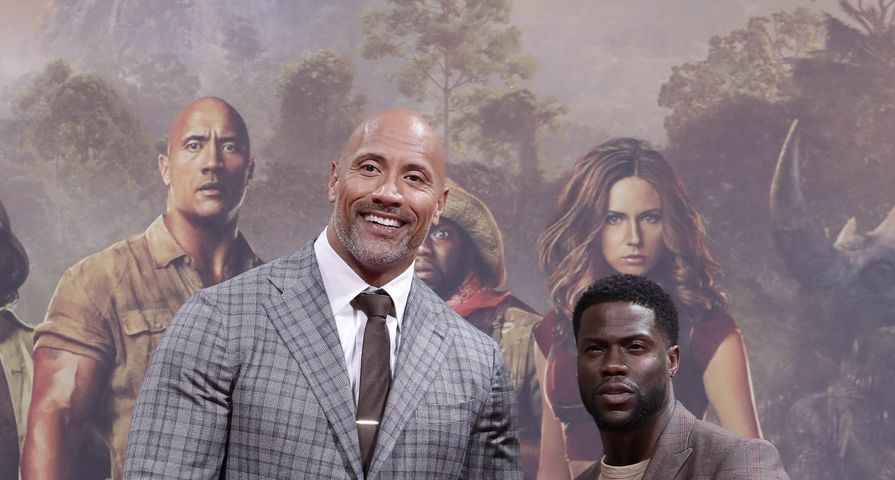 Kelly Clarkson’s brand new talk show is off to a rocky start!

As it turns out, comedian and actor Kevin Hart was scheduled to be the very first guest on Kelly Clarkson’s new syndicated daytime talk show, The Kelly Clarkson Show, before his terrifying accident which resulted in the star needing emergency back surgery.

Thankfully, blockbuster actor and one of Hart’s best friends Dwayne “The Rock” Johnson came to the rescue, and left his honeymoon early!

The 47-year-old flew to Los Angeles on Tuesday, leaving his honeymoon after his recent wedding to longtime girlfriend Lauren Hashian, to tape a segment in place of Hart.

“What none of you know is that my first guest day was supposed to be actor and comedian Kevin Hart,” Clarkson said in a sneak peek at Monday’s premiere. “Kevin was seriously injured in a car accident, he’s okay and recovering, but because Kevin couldn’t be here, one of his good friends stepped the heck up. And I love him.”

“He left his honeymoon — this is real, he left his honeymoon, his wife probably hates me — to come here and take Kevin’s place,” Clarkson revealed. “This is my first guest ever. You know him from his HBO show Ballers, from the Fast and the Furious movies — y’all are freaking out! — and from one of my favorite films, Jumanji. Give it up for Dwayne Johnson, y’all!”

Johnson and Hart have been very good friends for years and have starred in a few films together, and Johnson was quick to come to his aid in any way possible.“When my son @KevinHart4real goes down with an injury, his big daddy steps in,” Johnson tweeted on Wednesday. “I did leave my honeymoon early (Lauren approved cos she LOVES Kelly) and now me and Kelly are new best friends. Tune in this Monday! We had the best time! #greathost #hotcrowd #amazingenergy.”

The Kelly Clarkson Show premieres Monday in syndication ahead of The Ellen DeGeneres Show on NBC-owned television stations.

When Dwayne @TheRock Johnson leaves his honeymoon early to be the first guest ‼️ #KellyClarksonShow pic.twitter.com/L23UcVrn5p