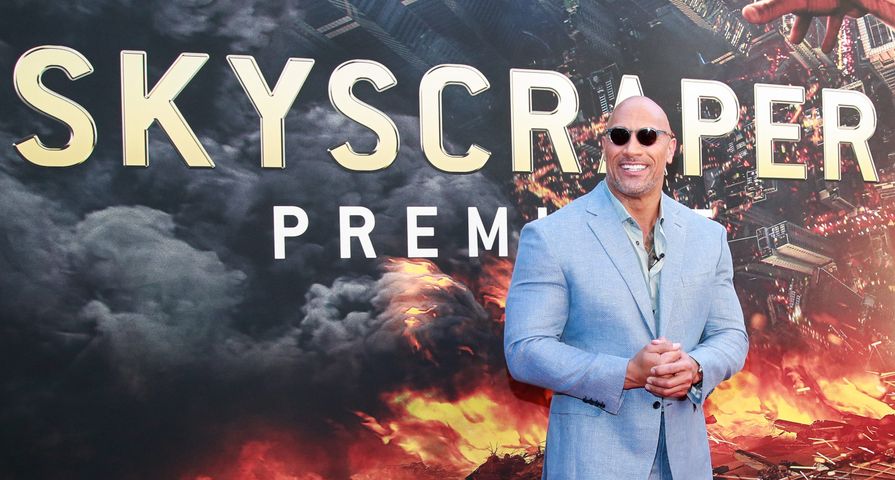 Dwayne “The Rock” Johnson’s newest role has resulted in some serious backlash for the actor from Paralympian and actress Katy Sullivan because he plays a former FBI agent who is an amputee with a prosthetic leg in his new action film Skyscraper.

On Monday, July 16, Sullivan who is a bilateral above knee amputee, shared an open letter to the star which was published by Deadline in which she pleads with the star to “stop saying ‘Yes’ to roles” that involve putting on “the mask of disability.”

“Dear Dwayne, My name is Katy Sullivan. I am an actress, Paralympian, double above-the-knee amputee from birth, and I have a request to ask of you. You seem like a genuinely good dude, so I hope this will be received in the spirit that it was intended: Actor to Actor,” she began her letter.

She goes on to congratulate him on the opening of his new film but then goes on to as him to stop saying “yes” to roles like that, stating, “Individuals with disabilities make up almost 20% of the world’s population. We are the largest minority and the “most marginalized group in Hollywood,” according to a 2017 study conducted by Fox, CBS and the Ruderman Family Foundation (an organization I know you are aware of and engaging with now). The study found that in last year’s TV season, less than 2% of characters were written to have a disability and of THOSE characters, 95% of the roles were filled with able-bodied actors.”

She continued, “While I am thrilled that a film about a kick-ass veteran and father (who is a unilateral below-the-knee amputee) got greenlit in the first place, the problem is this perpetuates the fact that we’re not given the agency to tell our own stories.”

Sullivan goes on to mention the recent backlash faced by Scarlett Johansson after she was cast as a transgender character for an upcoming film before she eventually stepped out of the role due to the controversy.

“This community of ours contains some of the strongest, most capable and tough individuals imaginable,” she wrote. “And the amount of determination they need to just deal with a world that wasn’t made with them in mind is staggering. Try navigating New York City in a wheelchair. Believe me, a movie set is a dream.”

“I’m not only picking on you specifically. This is a much larger problem than just The Rock and Skyscraper,” Sullivan wrote. “It’s when we all band together to do the right thing for TRUE inclusion and diversity that we start to change not only the landscape of our entertainment, but through that, we change the perception of what individuals with disabilities are capable of doing (in general).”

While Johnson has not responded publicly to Sullivan’s letter, what is not mentioned in the article is that Johnson did work very closely with real-life amputee Jeff Glasbrenner, who inspired Johnson’s character and Glasbrenner spent a lot of time on set to make sure Johnson gave a realistic portrayal.