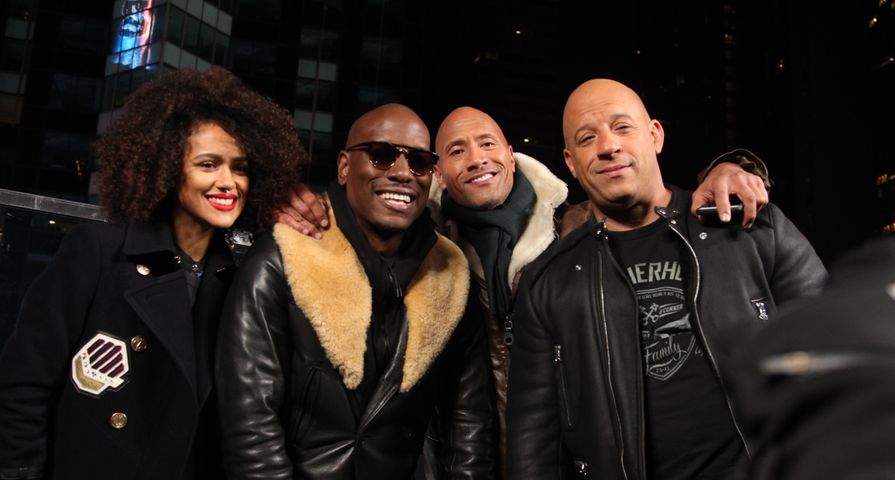 Last summer the Fast and the Furious cast and crew were still in the middle of finishing up the highly anticipated eight film in the franchise, Fate of the Furious. Now, the film is premiering around the world and the stars are heavy into promotions including Dwayne The Rock Johnson and Vin Diesel, following their very public feud last summer.

While finishing up filming of the movie, Johnson shared an angry rant on Instagram calling his male co-stars “candy a–es” and it was later revealed to reportedly be about the franchise’s biggest star, Vin Diesel.

Earlier in the week, Diesel also talked about the feud, saying “I don’t think the world really realizes how close we are, in a weird way. I think some things may be blown out of proportion. I don’t think that was his intention. I know he appreciates how much I work this franchise. In my house, he’s Uncle Dwayne.” He also added, though, “I protect the franchise. I protect everybody including Dwayne. I protected Dwayne more than he’ll ever know. And it doesn’t matter. He doesn’t have to know. But he appreciates it. He knows it.”