Dustin Diamond Apologizes To His Saved By The Bell Co-Stars 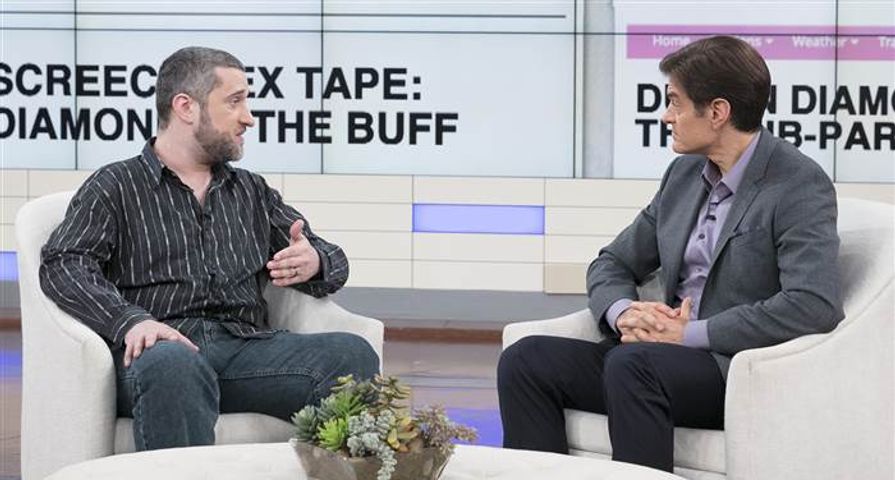 Unfortunately for him, Dustin Diamond was one of those child stars who self destructed, and continued on in the spotlight for all the wrong reasons, and now he is apologizing to his former co-stars.

The 39-year-old was only 11 years old when he was cast as Samuel “Screech” Powers in Good Morning, Miss Bliss which was changed into Saved By the Bell after one season. As he got older, however, Diamond fell into some bad habits which made their way into his co-stars lives, and in an interview on the Dr. Oz Show he is trying to make things right.

When asked what his apology to his cast mates sounded like, Diamond revealed he hasn’t actually been able to talk to them, starting, “Oddly enough, It’s doing interviews like this and getting the word out there. This is my best weapon for repairing the damage that was caused by things that were done by people who took advantage of me and the situation I was in at the time.”

Dr.Oz then prompted him to say something to his co-stars including Mark-Paul Gosselaar, Mario Lopez, Lark Voorhies, Tiffani Thiessen, and Elizabeth Berkley, in case they are watching and Diamond said, “I will say, guys, I think you’re fantastic. Working with you has been just one of the icons of my life and I’m sorry this has taken advantage of me, the book and other situations I’m sure we’ll talk about here. But I’m sure that you’ve experienced downfalls, as well, in your time and I’m still loving you guys.”

The actor went on to talk more about the tell-all book which made many shocking claims about life on set and about his Saved By the Bell co-stars, including that there was drug use, which angered his co-stars with Dr. Oz adding, “These claims are understandably upsetting.” Diamond also added, “Upsetting to more than just the other cast members, upsetting to me as well. As it turns out, the general public doesn’t realize, I didn’t write the book. I had a ghostwriter.”

When asked how he did “damage control” after the book came out and if he called his co-stars to apologize, he replied, “Well, I hadn’t talked to most of the cast mates in a long time. Mario Lopez and I speak frequently, and Dennis Haskins and I speak frequently, of course Slater and Belding. So, they know what I went through, but the rest of the cast – Mark-Paul I haven’t seen since was 16 years old, so I feel terrible for it, but what can I do? I guess tweet him. I hope he watches [this interview]. Sorry buddy!”