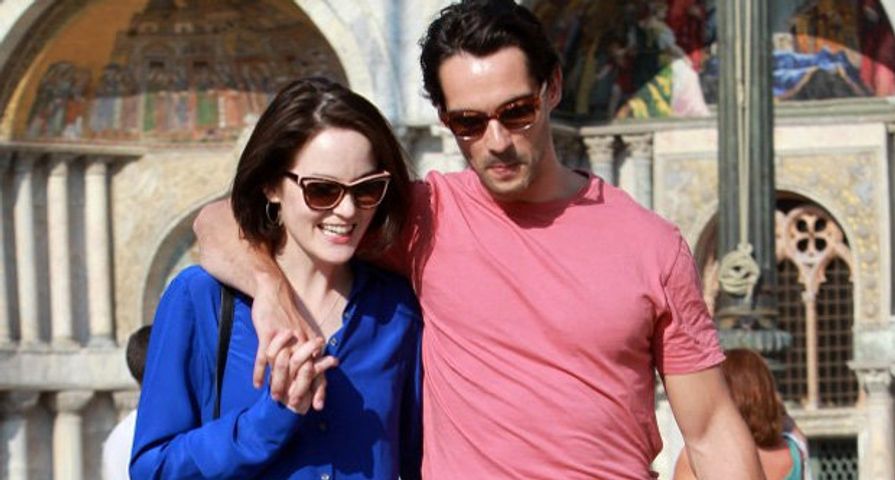 Dineen, 34, died in Cork’s Marymount Hospital on Sunday morning after battling rare form of cancer for months. He had been working in Ireland as a PR professional, but traveled home to Ireland earlier this year to spend time with his family after being diagnosed. The Lady Mary actress had been in a relationship with Dineen since 2013 and the couple was introduced by her costar, Allen Leech. Dockery was set to celebrate her 34th birthday today.

According to the Irish Independent, Dockery had been doing a publicity tour in the United States for the Downton Abbey show, but she recently flew back to Ireland and was with him when he passed away. Dockery has remained extremely tight lipped about this personal situation. Just a couple days ago she was on Watch What Happens Live with Andy Cohen alongside her costar Leech and gave no hint to her anguish. A spokesman for Dockery said in a released statement: “The family is very grateful for the support and kindness they have received, but would kindly request that they are left to grieve in private.”

A private funeral is set to take place in Ireland on Wednesday, Dec. 16.