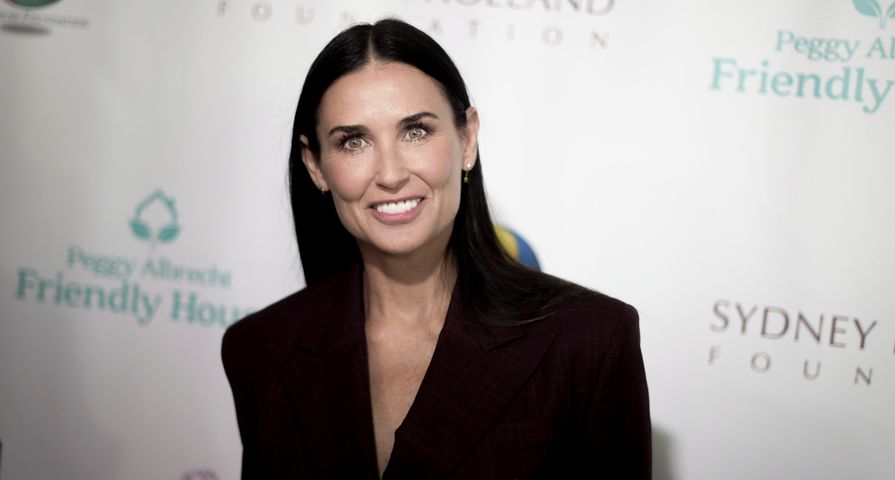 Demi Moore shared a sentimental Thanksgiving throwback photo of herself and her three daughters Rumer, Scout and Tallulah on Instagram on Thursday.

The photo that was shared showed Moore’s daughters wrangled around their mom.

Moore opened up about her struggles with substance abuse and addiction in her memoir, Inside Out, in September.

The actress also chronicled her marriages to actors Bruce Willis and Ashton Kutcher, as well as her reconciliation with her daughters after a period of estrangement due to her relapsing.

In November, Moore and her daughters appeared on the Facebook Watch show Red Table Talk, where they spoke about their relationship with Jada Pinkett Smith, Adrienne Banfield Norris, and Willow Smith. The eldest sister, Rumer, revealed how their mother’s marriage to Kutcher affected their family.

“So much of that time, especially with Ashton, I was so angry because I felt like something that was mine had been taken away,” Rumer said during the talk show. “I think also when she wanted to have another baby and then it wasn’t happening, and there was so much focus on that, it was like ‘Oh, well we’re not enough.'”

“Part of the reason I moved out of the house was, I think after you had a miscarriage, I literally was just like, ‘Why are you so desperate to have another kid?’ I couldn’t stand the idea,” Rumer continued. “But then I found these pictures, and I was like, ‘Oh my god.'”

Moore reveals more details about her experience of losing her child with Kutcher at age 42 in her memoir.

“I can’t even really bring fully to words how lost, empty, desperate, confused … I really lost sight of everything that was right in front of me, which was the family that I had,” Moore wrote about the child, a girl whom she would have named Chaplin Ray.

After Moore and Kutcher’s split in 2011 and the separation finalized in 2014, the actress struggled to find independence once again.

“She was really struggling mentally and didn’t take care of herself,” a source revealed to PEOPLE in September. “She didn’t have the best relationship with her daughters either and her life was just chaos.”

“Now, she has a beautiful relationship with all of her daughters,” the source added. “Demi feels bad about the years when she wasn’t healthy. She really tries to make up for it now. Her daughters are amazing. Demi is involved in their every day lives. And they are very supportive of Demi. They love that she wrote a memoir.”