Demi Lovato Flies The Middle Finger At The Paps 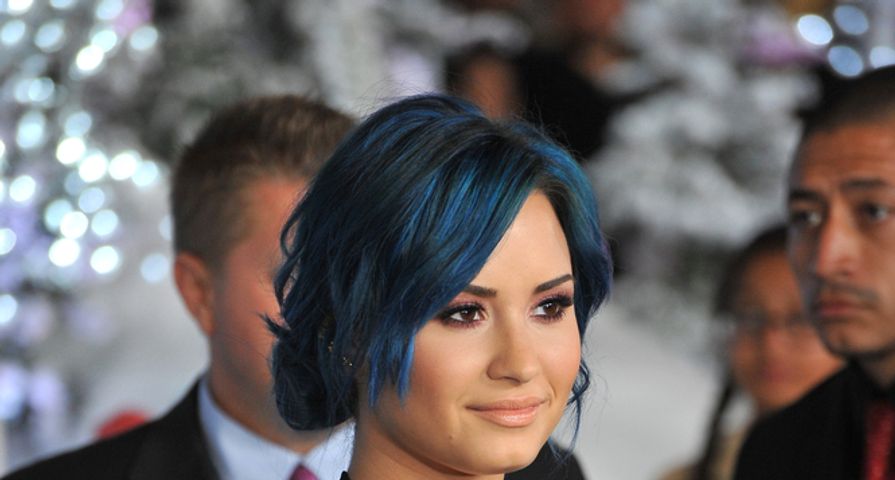 If you needed another reason to hate the paparazzi, here you go. Suffice it to say, Demi Lovato was being classy when she flew the bird at a member of the paps, while arriving at LOGO TV’s “Trailblazer” event in NYC.

In all fairness, some of the paparazzi are genuinely nice individuals. They will be kind to celebrities, hopeful to score a quick quote, a few great poses or maybe even a future interview. Unfortunately, there are always a few–or more than a few–sad excuses for human beings mixed into the paparazzi. Those individuals who are willing to be rude, relentless, inappropriate, hateful and devoid of tact–all in order to score a “good shot.”

Case in point: this entire post would cease exist without the work of the fiendish devils. Frankly, that’s OK with those of us in the commentary world. There are so many things to choose from. So, we’re sticking with Demi, who symbolically suggested this dude stick it where the sun don’t shine.

There are so many things the paparazzi could say when trying to score a shot of celebrities. The man in question could have asked Demi if her nails matched the purple streaks in her hair (which they did). He could have said she looked great, beautiful, wonderful or any host of positive adjectives describing her event persona, but there are already thousands of photos of Demi smiling. He wanted her wrath. So, he tossed out the perfect words to trigger her middle finger.

Wanna know what he said? Of course you do. Check out the video below to see the entire exchange. And note: with the finger, he got a great smile.

Also Check Out: The 13 Most Foul-Mouthed Celebrities In Hollywood!