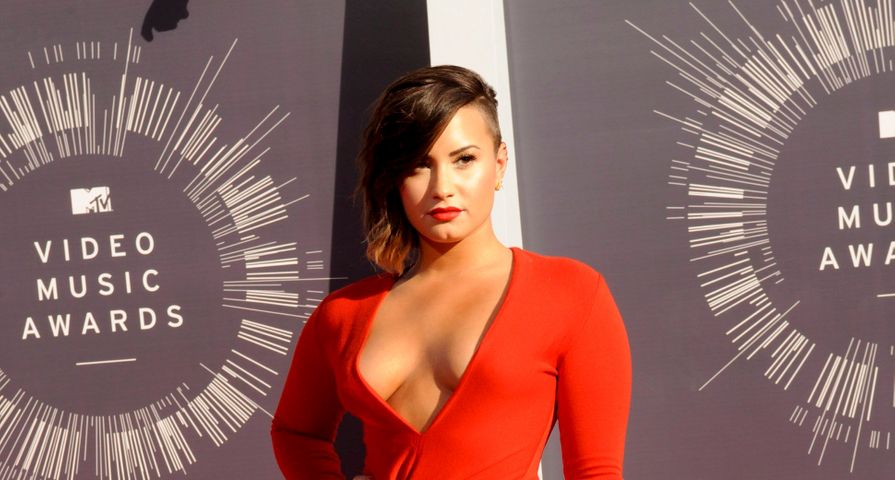 Demi Lovato may only be 22, but the pop star has gone through a lot and taken the long road to happiness and self approval after struggling with depression, eating disorders and drug and alcohol abuse as a teen star.

Although she was recently hospitalized for a lung infection, she is back in good health and continues to share her messages of positivity by posting a bikini photo of herself on her Instagram account. The pic shows off the star’s toned stomach and legs but also reveals that even though she is in absolutely incredible shape, she still doesn’t have the sought after “thigh gap.”

“Regardless of what society tells you these days… You don’t have to have a thigh gap to be beautiful. It is possible to love your body the way it is.. #fitness #health #acceptance #selflove,’ she captioned the photo.

While Lovato has worked very hard to deal with her issues, she revealed back in December that even after years out of rehab she almost returned because of her eating disorder but claims it was her boyfriend, Wilmer Valderrama, who helped her through.

“I almost went back to rehab for my eating disorder last summer,” she stated. “I was obsessing over food and terrified of it at the same time. Wilmer noticed and called me out on it, which was a relief.”

Even though she still struggles, she continues to share her story to help inspire others, posting on her Instagram in January, “It’s all about loving and taking care of the only body you will ever have… Cherish it, love it, embrace it… Because when you do.. It begins to show. Goodbye 2014.. Who’s excited for what we can accomplish in 2015?!! Let’s do this!!!!”

Also Check Out: Popular Disney Stars Who Went To Rehab