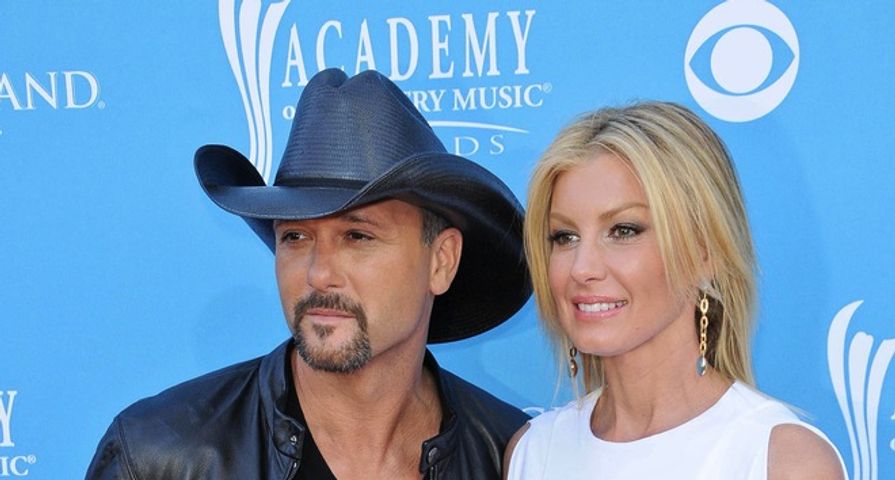 Audrey McGraw, the 12 year-old daughter of country powerhouses Tim McGraw and Faith Hill, showed off her singing skills at two of her father’s concerts this week.

Given her parentage, we’re not totally surprised to discover that she has a great singing voice too!

Audrey gave an acoustic performance before her father’s show in Rogers, Arkansas on August 7th in addition to a pre-show before his Gexa Energy Pavilion show in Dallas, Texas on August 8th.

Singing “Travelin’ Soldier” by the Dixie Chicks, Audrey wowed the audience as two acoustic guitarists accompanied her. Fans took photos and videos that ended up Instagram — Audrey is already on her way to being famous! Take a look at the video to see Audrey’s impressive performance.

Apparently, Audrey isn’t even a fan of her father’s music — sources say that she’s a big One Direction fan instead! (Well, we can forgive her since she is only 12, after all.) Audrey is Tim’s and Faith’s youngest daughter; they also have 17 year-old Grace Katherine and 16 year-old Maggie Elizabeth.

Do you think Audrey McGraw will be the next big star in country music? We’ll have to stay on the lookout for more videos of this up-and-coming acoustic star.