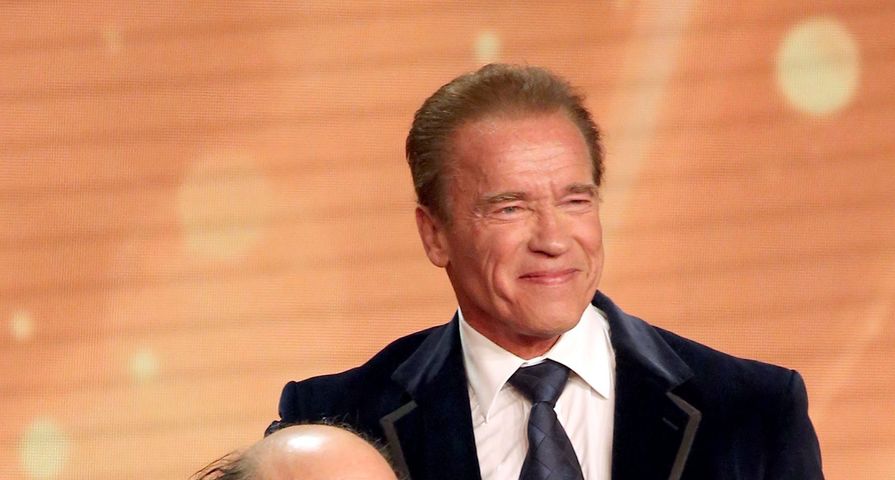 One look at actors Danny DeVito, 70, and Arnold Schwarzenegger, 67, would be enough to tell you they are not related, let alone twins but 27 years ago the pair starred as fraternal twin brothers in the 1988 comedy and were reunited on February 27 at the Golden Camera awards.

DeVito was on hand in Hamburg, Germany to present Schwarzenegger with the International Lifetime Achievement honor and the longtime friends couldn’t have been happier to see each other sharing a hug, handshake and smiles.

You would be hard pressed to find who anyone has a more well rounded resume to receive a liftetime award than Schwarzenegger who spent years as one of the most prolific body builders, winning the Mr.Olympia title at only 20 and then breaking into Hollywood stardom with Conan the Barbarian in 1982 after which he never looked back, becoming one of the biggest action stars of the 80’s-90’s.

Of course he then went on to show his political prowess, spending two terms as the Governor of California.

While it has been a long time since DeVito and Schwarzenegger have been on screen, in 2012 there was news that Twins was going to have a sequel, Triplets, in which Eddie Murphy was to play the two actor’s long lost third brother, however, the script writer Josh Gad announced the project had been put on hold.

“I would say if there’s an outpouring of affection, that may move the needle, but I think it’s on hold right now. But everybody read the script and loved it, so I hope it sees the light of day at some point. It’s there and in great shape.”

Also Check Out: 7 Celebrities Who Should Run For President