Dancing With The Stars Recap: Most Memorable Year 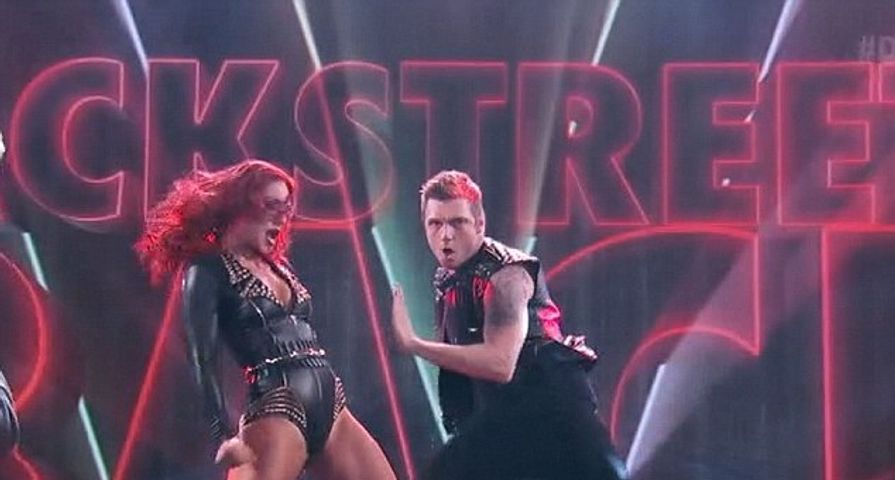 Monday night’s Dancing with the Stars was the most emotional episode of the season as the celebrities performed intimate routines inspired by their most memorable years.

Andy Grammer told the gut-wrenching story of his late mother who he had only three days with after she was diagnosed with breast cancer. He dedicated his performance to her and said, “This is Crying with the Stars tonight – it’s really emotional.”

The tears continued as Nick Carter began to cry when he told the audience about coming from a “dysfunctional family.” Carter and Sharna Burgess paid tribute to his former band with a performance to Backstreet Boy’s hit single, “Backstreet’s Back.” Later, Carlos PenaVega and Whitney Carson danced to “Amazing Grace” because it was the first song he heard in church. During the show he revealed a dark past when his band’s tour ended and he turned to drugs to cope with the loneliness.

Bindi Irwin paid tribute to her father, Steve Irwin. She said, “What shaped me the most would probably be when my dad passed away. It’s been nine years…I think I’m ready to tell that story.” Bindi and Derek earned the first perfect 10 this season with an incredibly moving performance to “Every Breath You Take” by The Police.

Alek Skarlatos danced for the victims of the mass shooting in Roseburg, Oregon. He told the audience that he would have been taking classes at the Umpqua Community College if he weren’t competing on the show. And Tamar Braxton honored her husband, Vince Herbert who almost died in 2012 from multiple blood clots in his lungs. Her dance earned straight nines across the board.

The bottom ranked dancers were Gary Busey and Anna Trebunskaya, along with Carlos Penavega and Whitney Carson. In the end, it was Busey who was sent home after earning only 16 out of 30 by the judges.

Alfonso Ribeiro, season 19 champion, has replaced Tom Bergeron this week while spends time at home with his ailing father.