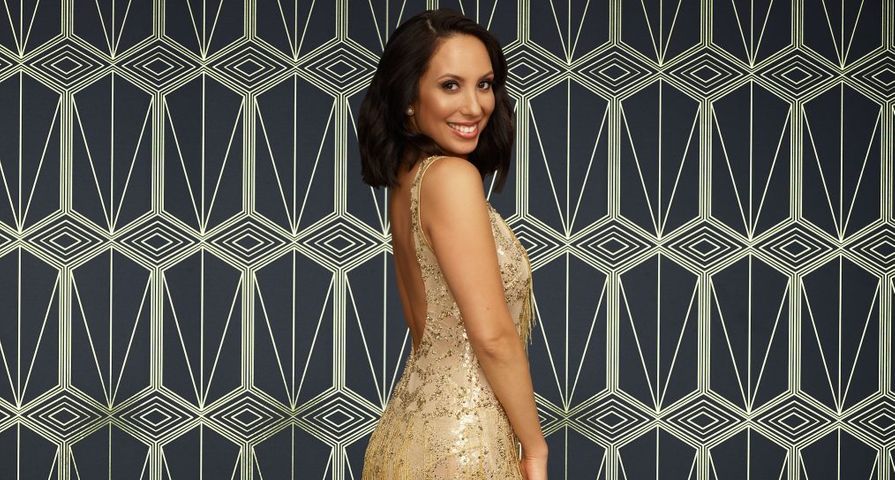 After Monday’s shocking elimination on Dancing With the Stars, professional dancer Cheryl Burke opened up to Us Weekly about her thoughts on this week’s episode, Ally Brooke and James Van Der Beek in the bottom two, and her pick on who will win this season.

“I think it was just such an emotional rollercoaster. It was one thing after the other and it was up and down for Emma Slater. As well,” Burke wrote to US Weekly about this week’s emotional episode of Dancing With the Stars. “For camera blocking on Sunday, Keo Motsepe had to step in for James Van Der Beek. and it was really nice to see everyone come together during such an emotional time.”

“I think giving James the scores that they did and then all three of them saying that they would’ve saved Ally Brooke … It just was so harsh,” she continued.

“What really got me and made me cry was when Ally was like, ‘Please take my spot. Can I just forfeit?‘ I have chills just talking about it. That’s who Ally is. She’s always positive. She’s so supportive and she’s not selfish at all. She’s genuinely a great person,” Burke added.

As for Brooke trying to give her spot to Van Der Beek, Burke remarked, “We’ve talked about it before on previous seasons but never on live television.”

“When push comes to shove, I don’t know if anyone would really. You’re giving up everything but at the same time, this show is bigger than you. It is what it is,” she added. “At the end of the day, someone does have to go home but I do wish that James was still around.”

The pro dancer also talked about why Brooke is her top pick and questioned why and how the singer landed in the bottom two in the first place.

“Ally does not deserve to go home,” wrote Burke. “For me, Ally is my winner.”

“If you think about it, Ally has been the most consistent. She’s been consistently at the top of the leader board, whether people like it or not,” she continued. “I think she’s the best dancer.”

“For some reason, people are not voting for her. I don’t know why,” Burke commented on Brooke’s lack of audience votes on the show. “But I do think that one second that she said [to James], ‘Please take this. Take it from me,’ I think that might change the vote to her benefit because it was genuine.”

In regards to who will win season 28, she wrote, “I would say it’s between Kel and Ally, just depending on what people want to see.”

When asked about what judges want to see in the finale’s freestyle routine, Burke’s advice to the contestants was that the “judges want to see is a partnership.” “You are assigned a partner for a reason and you have to work together and you have to create movement and power together as a couple,” said said. “And I think it’s important that people do that in their freestyle. You have to incorporate what every judge wants to see.”

The Dancing With the Stars finale airs on Monday, November 25, at 8 p.m. ET.