City Of Chicago Demands Jussie Smollett Pay $130,000 For Overtime On His Case 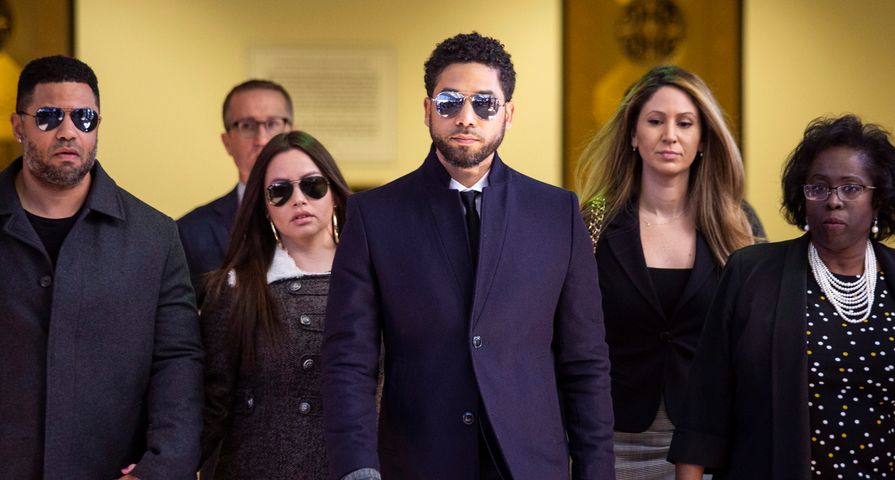 Even though the charges against Empire actor Jussie Smollett were dropped, the City of Chicago is still not completely done with the case.

On Thursday, March 28, two days after all the criminal charges against Smollett were dropped in his hate crime case, city lawyers for Chicago issued a demand letter to the actor requesting that he pay $130, 106.15 to cover the overtime hours that were spent on the investigation.

In the note, which was obtained by NBC Chicago, Edward N. Siskel, the Chicago Corporation Counsel who handles civil claims for the city, alleged that Smollett “knowingly filed a false police report” on Jan. 29. The note also demanded the actor pay back the money within one week (7 days) or be at risk of being prosecuted.

Smollett’s attorneys were quick to come to his defense and confirmed he will be fighting the charges.

“The City of Chicago and the Chicago Police Department take seriously those who make false statements to the police, thereby diverting resources from other investigations and undermining the criminal justice system,” the letter began.

“Over two dozen detectives and police officers participated in the investigation, ultimately spending weeks investigating your false claims, including a substantial number of overtime hours,” it read, adding that Smollett allegedly “expended resources that could have been used for other investigations.”

“Chicago police reviewed video and physical evidence and conducted several interviews, expending resources that could have been used for other investigations,” the letter also states. “Ultimately, the Chicago police investigation revealed that you knowingly filed a false report and had in fact orchestrated your own attack.”

In response to the city’s letter, Smollett’s attorney released a statement: “It is the Mayor and the Police Chief who owe Jussie – owe him an apology – for dragging an innocent man’s character through the mud. Jussie has paid enough,” a rep of Smollett’s defense team said.

“Jussie did not do this crime and the charges have been dropped. He has always told the truth. His name is being dragged through the mud by a group of city leaders more focused on fighting each other than anything else,” another rep added. “We won’t participate in this back and forth. He deserves to move on with his life.”