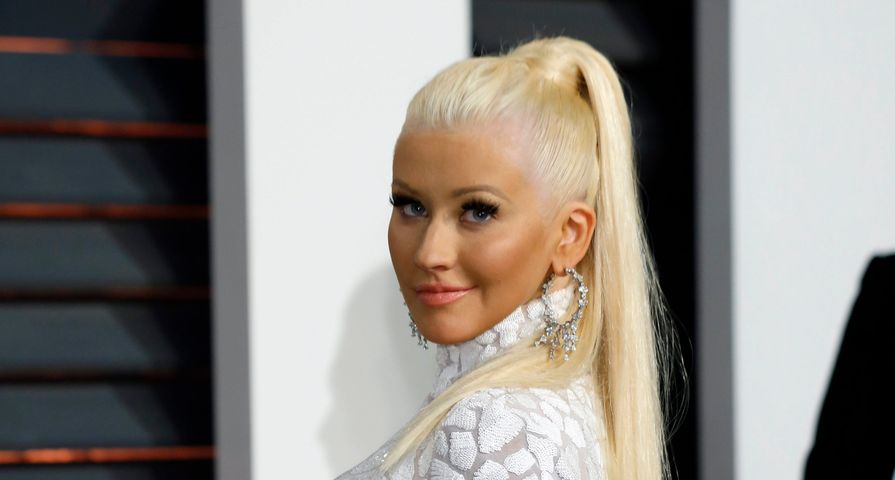 Although the public – as well as high-profile celebrities – are encouraging everyone of all shapes and sizes to embrace their bodies, there is still no doubt that body-shaming is a prevalent issue.

With the rise of technology and social media, those who are active on their accounts have figured out how to display their best “look” which sometimes is due to the help of photoshop. It seems Christina Aguilera is the latest celebrity to noticeably be altering her image to appear slimmer.

Aguilera rocked the 87th Annual Academy Awards in a patterned long sleeved, floor length white gown and, although the new mom to Summer Rain whom she and fiance Matthew Rutler welcomed in August 2014 looked great, there is an obvious difference between the professional photos taken at the event and the one posted on her own Instagram account.

She captioned her post, “Steppin out with my baby!” as she posed with Rutler in a gorgeous photo however, the famous singer’s curves seem a lot less pronounced than in the other photos.

Although her front is pushed into Rutler, there is an obvious difference in Aguilera’s back and behind compared to her similar poses on the red carpet.

While there is no evidence of photoshopping, it would not be surprising as many moms in Hollywood are constantly praised for returning to their pre-baby body as quickly as possible while others are often criticized for retaining weight post-baby.

Also Check Out: The 7 Photos Christina Aguilera Doesn’t Want You To See