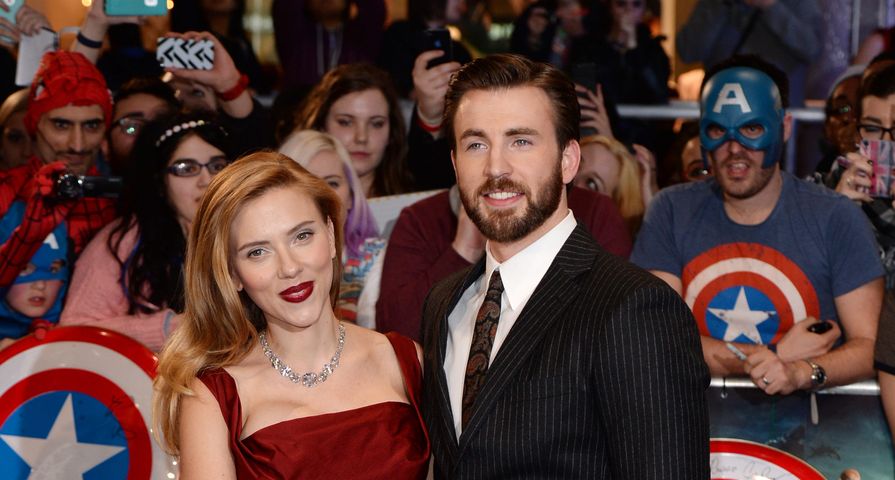 Ellen DeGeneres has one of the best celebrity talk shows on TV. Not only does she secure the biggest A-listers as her guests but they always have a ton of fun and open up like they’re talking to a friend.

Sometimes, however, Ellen takes advantage of their sense of security and sets them up with a scare that they don’t see coming, resulting in some hilarious clips.

With The Avengers hot on a press tour  (including some interviews that have ended up sparking controversy) for the May 1 Avengers: Age of Ultron release, Scarlett Johansson sat down with Ellen on Thursday April 30 to have a chat about the movie, her co-stars and the fact she’s now done five films with Chris Evans (Captain America).

While Johansson thought she was just having a nice conversation about her longtime friend and co-star, really Ellen was just setting her up for another prank as she asked the star, “So you must know him pretty well?”

“I know him very well. Too well…I’m sure,” Johansson joked as Ellen stated, “Everything that he is going to do…” just as Evans popped up behind Johansson and yelled in her ear, terrifying her for a moment.

Clearly there is no bad blood between the two after both Evans and Jeremy Renner came under fire for comments made about Johansson’s character Black Widow where they called her a “sl-t” and a “wh-re” in reference to her many different relationships with the male Avengers.