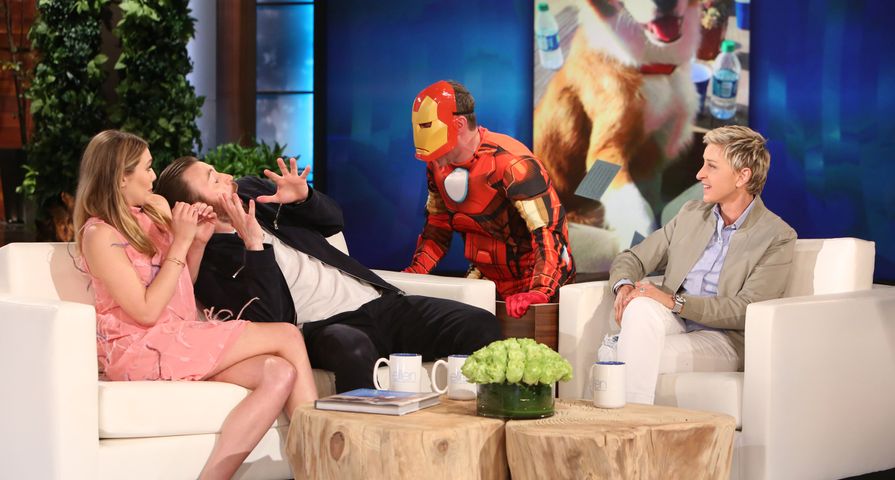 The Ellen DeGeneres show is one of the best talk shows on TV and something that has become signature is her scare pranks. Over the years Ellen has scared many stars, usually by having someone pop out of the table beside the couches they are chatting on, and sometimes she has stars scare each other.

One of the best so far has been Chris Evans, who pulled off one of the best scares on his Avengers co-star Scarlett Johansson last year. Before the show for Monday, May 2, he did it again, this time scaring his Captain America: Civil War co-star Elizabeth Olsen. Prior to taping their interview, Degeneres’ staff tricked Olsen into going into her bathroom backstage where Evans was of course hiding, and terrified her. “I was told there was some QVC products in the bathroom,” Olsen explained of wandering unexpectedly into the bathroom.

After showing the clip and recalling all the dating rumors the duo have encountered over the last year, the topic turned to Evans puppy Dodger who he rescued from a shelter. While distracting him with his own adorable dog, a staffer dressed up as Iron Man burst out of the coffee table, scaring Evans. He fell right back into his seat before beginning to laugh and couldn’t wait to see it again: “You got me. Could we play it back? I really want to see it!” Needless to say, Olsen was pretty proud of getting him back.