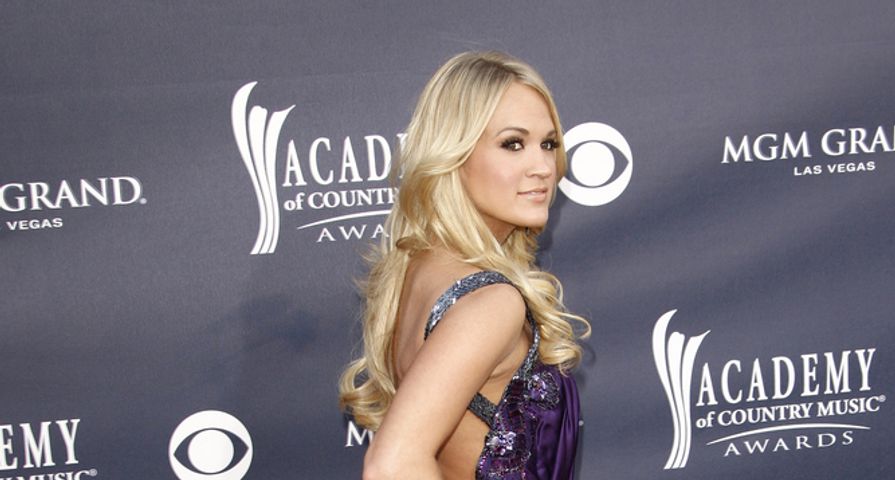 We’ll say this: Carrie Underwood is a biker babe work in progress.

When you dress up in leather, sing duets with Miranda Lambert and joke about being two motorcycle mamas, there’s only one thing you can expect as a gift. A brand new, shiny motorcycle. That is precisely what Carrie received from her friend, and fellow country songstress. Now… she just has to learn how to ride it.

You’ll find a stellar photo of Carrie on the bike in the video below, and she looks good… as good as a fish out of water. She’s got a nice pose, but she’s barefoot, and that just won’t work on this kind of two wheeler. This ain’t no Vespa.

Carrie did offer a joke with the photo she posted to her social media accounts–she knows it’s time for some motorcycle riding lessons–any biker would agree. They might also suggest that she learn on something much, much smaller. Miranda wasn’t messing around. She bought Carrie a beast. The white walls look stellar with the sweeping front fender, but what we all wanna know: How does it sound? She should have posted a short video when she fired it up… if… she fired it up.

Here’s to hoping we get a few shots of Carrie enjoying her new ride, once she has learned how to drive it. In the meantime, check out the video below, and you can see Carrie on her new ride, and hear what she has to say about loving the leather look!