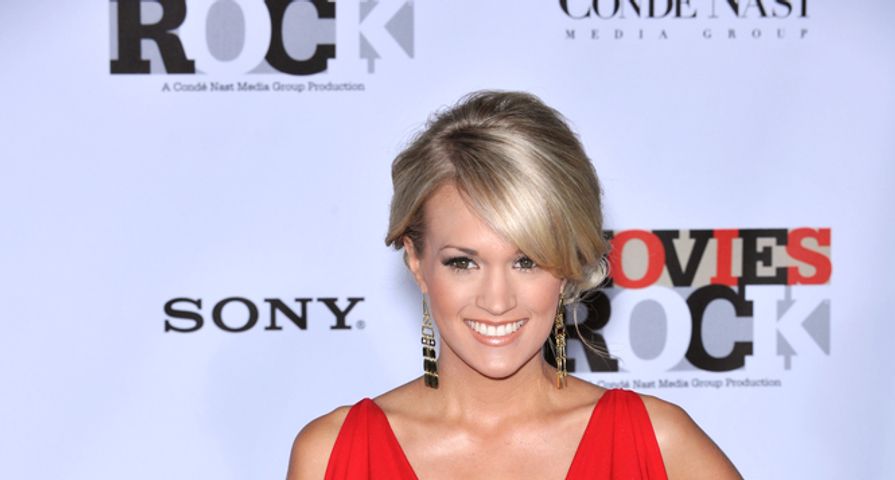 Carrie Underwood is expecting a baby!

The 31 year-old singer announced her happy news to fans on Instagram, Twitter and Facebook, where she shared a photo of her two dogs wearing “big brother” and “big sister” outfits.

“In honor of ‘Labor’ Day, Ace & Penny would like to make an announcement. Their parents couldn’t be happier…” she wrote as the photo’s caption.

This will be the first child for Carrie and her NHL player husband Mike Fisher, 34. A source dished, ““They couldn’t be happier to be starting a family.”

Carrie and Mike tied the knot in 2010. In a 2012 interview, Carrie admitted that she wasn’t sure she was ready to start a family. “To be honest, one day I’m absolutely fine and happy and, you know, start legitimately thinking about the idea of having kids, and the other day, I’m like ‘oh gosh, no, no, what?’ I can barely keep my own schedule straight,” she said at the time.

But she also said that she knows uncertainty is part of having kids. “That’s a big step. It’s like moving away from home. It’s really scary until you do it and then you figure it out.”

Carrie is currently touring across the United States to promote her album Blown Away.