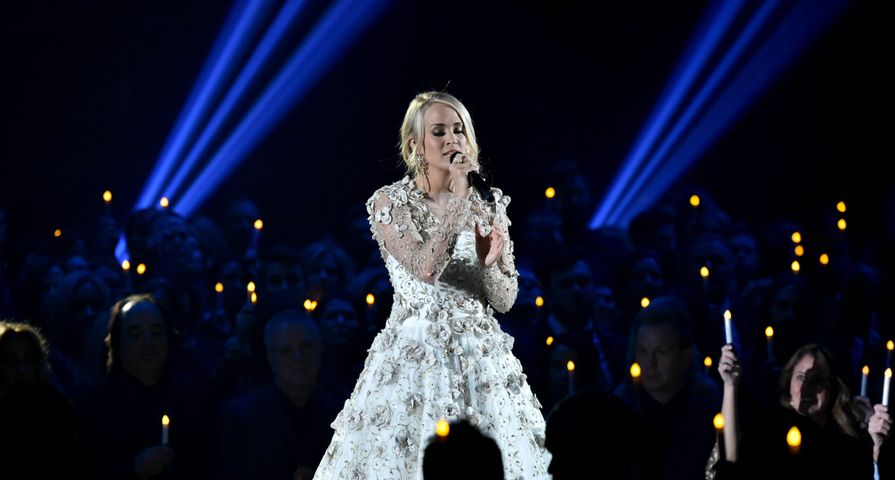 Things You Might Not Know About Dolly Parton And Carl Dean's Relationship
Photo by Andrew H. Walker/REX/Shutterstock

On Wednesday, November 8, 2017, the biggest and brightest stars descended upon Nashville’s Bridgestone Arena for the 51st Country Music Association Awards and amid all of the nights light-hearted moments and awards, the night became somber and special attention was paid to the lives lost this past year including those in the horrific Las Vegas mass shooting.

Host and country superstar Carrie Underwood took to the stage to sing a beautiful and emotional rendition of “Softly and Tenderly” in honor and in tribute to those the country music community lost in 2017 including Glen Campbell, Troy Gentry and Don Williams. Near the end of the performance, the 58 victims that were killed in the mass shooting at the Las Vegas Route 91 Harvest Festival were included in the In Memoriam segment.

The faces of all the victims were displayed on the screen as Underwood became emotional and finished up her powerful and passionate performance. “This has been a year marked by tragedy, impacting countless lives, including so many in our country music family. So tonight, we’re going to do what families do: come together, pray together, cry together, and sing together, too,” Underwood said during her monologue with Brad Paisley earlier in the show.

Paisley added,  “The way we see it, the best way to honor our fans is to play our music — loud and proud. Our music lifts people up and that’s what we’re here to do tonight. So this year’s show is dedicated to all of those we’ve lost and to all of those who are still healing. We love you and we will never forget you.”