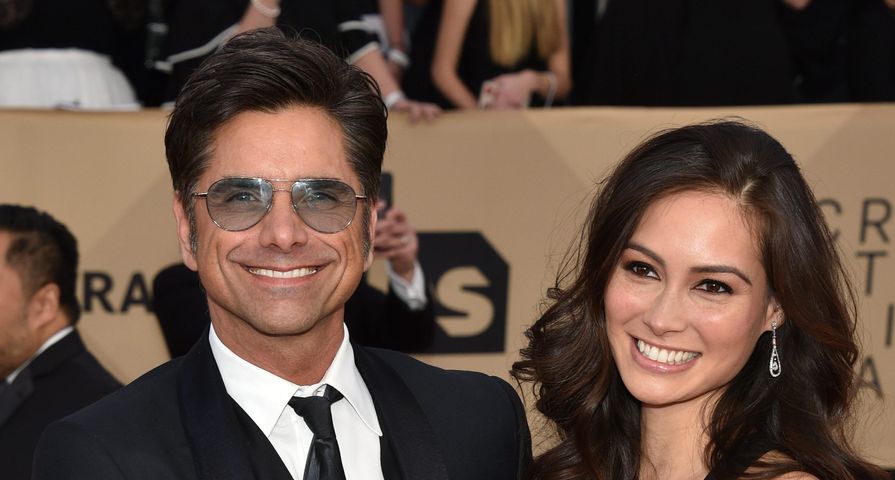 John Stamos and Caitlin McHugh were the most adorable couple at the 24th annual Screen Actors Guild Awards on Sunday, January 21st as the happy couple proudly showed off McHugh’s growing baby bump as they expect their first child.

The 31-year-old was stunning in a black, low-cut down and Stamos beamed as he put his hand on her bump and even bent down to kiss the bump as they posed for pictures. McHugh took to Instagram to show off her baby bump for the first time, writing, “Good morning baby of mine. Enjoying our #babymoon.”

The beloved Fuller House actor revealed in mid-December that he and McHugh were expecting their first child after getting engaged on October 22, 2017. The 54-year-old then explained that it was his fiancee’s idea to have a baby before a wedding because of Stamos’ age.  “[She said] ‘maybe we should have a kid [before we get married]’ and I said, ‘Why?,” he recalled, adding that McHugh’s response was “Because you’re old.”

Since going public with their relationship and opening up about their engagement and pregnancy, Stamos has been quite candid about waiting so long to start a family, revealing he always wanted a family but needed to change some things about himself first.  “Everybody thinks it’s so easy. The hard part as me. Like I wasn’t the best me. I was ready, but no one as perfect as Caitlin — a true, pure beautiful person inside — would’ve never gone for the old me, a few years ago.”