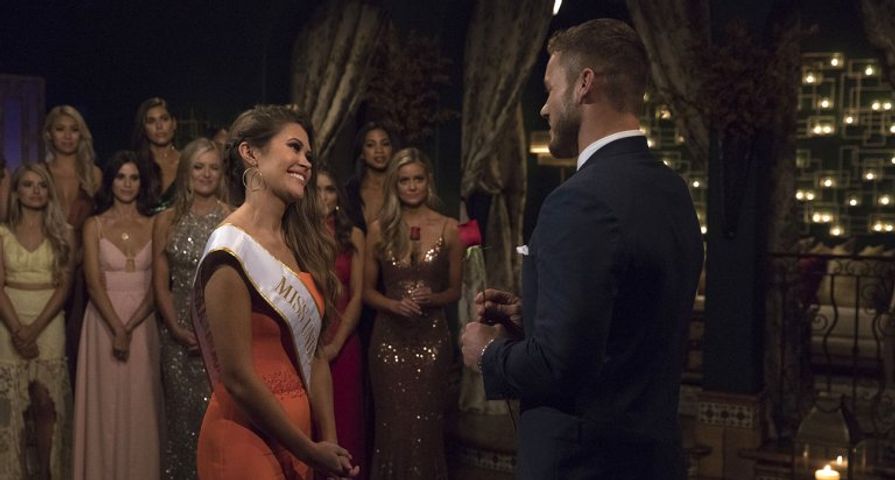 Season 23 of The Bachelor took a very serious turn on the Monday, January 28 episode when contestant Caelynn Miller-Keyes opened up to Colton Underwood about her shocking sexual assault while in college.

During a one-on-one date Miller-Keyes revealed to the Bachelor that while she was in college she was drugged and raped by guys that she knew at a party.

While the beauty pageant winner had alluded to the traumatizing event earlier in the season, she found the right time to tell Underwood about it while on their date.  They drugged our wine,” she told Underwood. “I woke up the next morning completely naked in my bed and had no memory of the night before. I had a small vision of a guy in my bed and I just had this pit in my stomach that something really bad happened last night. My girlfriend called and said three of us were all sexually assaulted.”

Her friend told her that after her two friends passed out in a bed at the party, two men allegedly had sex with them, in the same bed, while they were incapacitated. “The girlfriend who didn’t drink the wine called me and told me that not only did a guy come home and have sex with me, another guy — I was passed out on the couch from the drugs and he said, ‘Watch what I’m about to do’ with all his fraternity brothers around me and he lifted up my dress. They watched and laughed and took photos” and shared the photos on Snapchat.

She explained that with a strong support system around her she went to the hospital for a rape kit but was turned away because she hadn’t filed a police report, by the time she got to the second hospital too much time had passed and the results came back inconclusive.

She added, “I was determined to get justice and seek justice. It’s something that will always be a part of me. I struggled with the shame and guilt that I had felt. It’s the most difficult thing in the world. It’s so painful and it screws up every ounce of you.”

After hearing Miller-Keyes’ story, Underwood said, “I want you to know that with me, you’re safe. I can’t even imagine going through something like that. I know talking about it is not easy. The fact that that happened to you is devastating.”

He then told her that he understands her struggle with intimacy because of a past relationship. “I have had a situation in my past where I was in a relationship in which she was sexually abused,” Underwood explained. “For me, that was the hardest thing I ever had to watch, going through something with someone. Looking into her eyes and just knowing the pain associated with it. Who am I to feel the pain when I wasn’t the victim?”

At the end of the episode, Miller-Keyes thanked Underwood for opening up and told him she feels safe in their relationship. She then said to the camera, “I feel like I’ve been through hell and back, but every time I open up, it makes me stronger and I’m able to take a little piece of me back that was broken by it. I’m way stronger than I ever imagined. I wouldn’t open up with him about this if I didn’t feel so safe with him.”

If you just can’t wait to see how far Caelynn Miller-Keyes makes it on the season — check out our ultimate spoilers of Colton’s final 10 and winner! 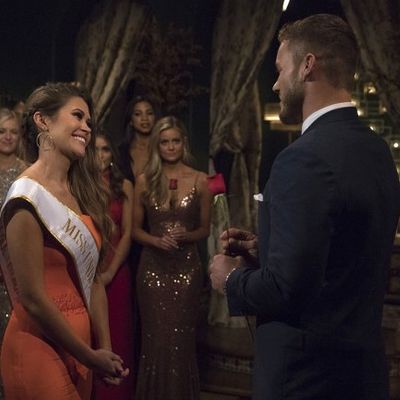