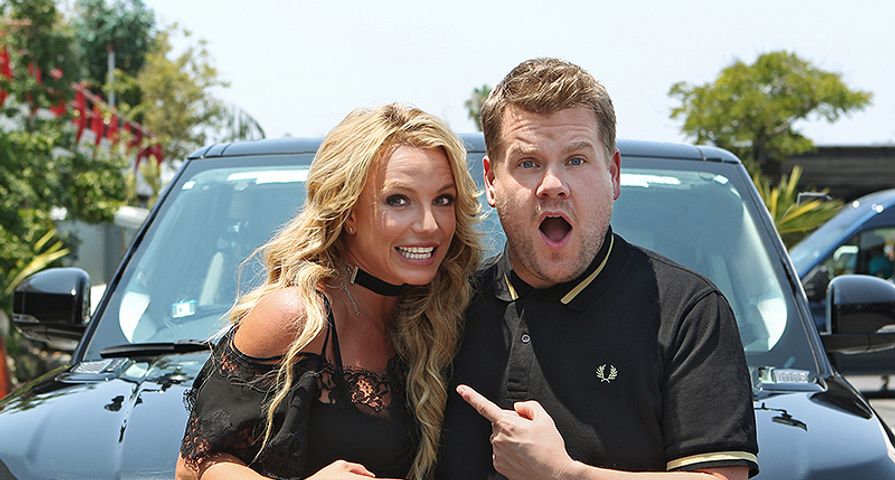 Things You Might Not Know About Britney Spears
SONJA FLEMMING / CBS

Viewers are calling Britney Spears’ carpool karaoke one of the best yet!

The 36-year-old singer joined James Corden on The Late Late Show Thursday night and had some fun recreating her most iconic hits like “Baby One More Time” during his famous carpool karaoke segment. The two kicked off with Spears famous hit, “Oops!…I Did It Again,” when Corden asked her about the meaning behind the song. She responded with, “Err, I don’t know! I think it’s just a song.”

As tradition, along the ride Corden asked Spears a few more personal questions. He asked about her two boys Sean, 10, and Jayden , 9, when the pop goddess revealed she wants, not one, but three more children! Preferably without the help of another man or marriage. “I want more. Like three more. I have to find the right guy first and then, you know,” she said. “I think I might not ever go to men again. I might not ever do the whole men thing anymore or get married. I’m just done with men. I mean I might french kiss someone, but I’m not going to marry anyone. I don’t believe in marriage anymore.”

On Wednesday it was announced that Britney Spears will be getting her own Lifetime biopic, but a rep for the pop icon has confirmed she will not be involved. She will also return to the MTV VIdeo Music Award stage on Sunday for her first performance since 2007.